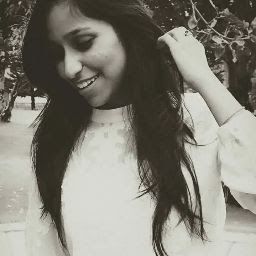 Reality, though we all live in the same time space each individual has a different understanding for the term reality!. Realities are created by mind,we canchange our reality by changing our mind. Most people don’t stop to ruminate about what reality is. Realities should not be based on thoughts, feelings and physical sensations. In order to discern reality in it's true form we should not add the filter of our thoughts, feelings and physical sensations. Reality is a whole, but it is also a placeof contradiction. Each one of us have different perceptions about reality. The humans of the present world always have a rough time in accepting the reality.

Earlier things that existed around were simple, rather it could be said that things were very simple with less complications. We now love in the era where we can see everything that we want to. All of this has changed where we usually forget the difference between reality and illusion. Illusions also has a tremendous impact on our thinking about reality. Illusions effect out reality to such an extent that these illusions become our reality. All the illusions that we are surrounded by eventually turns out to become our reality. There is no way to draw a clear difference between illusion and reality. The illusions of today are so fascinating that sometimes theyappears more appropriate than the original situation itself. There are very few people who grasp the true essence of the situation and put effort for a better reality. We live in a time period of highly skilled and equippedtechnology thatcan be considered not only as a boon but also as bane. Life has only become more complex due to the extreme advancement of technology in all walks of life. The people of today are at the verge of loosing theiroriginality. The people of today covet to get opinion which they can assimilate andacquireeven if their opinions are not based on reality. The evolved technologieshas replaced the free thoughts. Due to the evolved technology the human beings have lost the ability to think. Do we even think? Or simply accept the varied thoughts from others? We live in a generation where we do work as told to us without thinking about its pros and cons. Happiness is enjoying little things in life. The people of todayare not happy anymore because they have lost the belief that they had in compact things. The people earlier were happy with their lives because they were always grounded to reality. But the people of today are engrossedwith various other activities that they don’t understandthe minute difference between illusion and reality. Reality is non physical and exists only with the mind, Brian Tracy said, “Whatever you believe with feeling becomes your reality.”

Cause Somewhere We All Are Same:-!