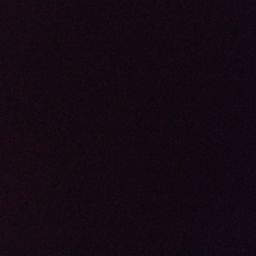 7 must watch movies of Ranbir kapoor -

He played a role of a young cunning politician – Samar Pratap. His transition from acting as Indu’s (played by Katrina Kaif) love interest to her brother in law and from a normal college going student to a cunning politician; Everything was on point.

It is a journey of a boy turning into a Rockstar and how he is unable to handle the success due to his love life. At the time after the movie released, this movie was considered as Ranbir’s finest performances.

It is a simple and sweet love story between a dumb, deaf young man and an autistic girl (played by priyanka chopra ). It has a humorous angle to it. At the time when it is the negative, loud characters that steal the show, Ranbir could manage to do it with this mute and good character. The innocence with which Ranbir kapoor and Priyanka Chopra have played their respective characters is just commendable.

4) Rocket Singh salesman of the year-

Harpreet Bedi is a commerce graduate who has joined a company
where he works as a salesman. Later he runs a company to sell the same products more efficiently but by stealing their clients. This movie adds a comical twist to the corporate politics.

This movie revolves around Ayan’s (played by Ranbir) love story. It’s his acting that held the movie together. The songs are powerful and go with the flow of the movie. He was able to show the strength of one sided love. His pain became our pain and we lived the entire journey with him. His chemistry with anushka was also very beautiful. He was so convincing that we could easily make out when he was actually in love and when he was just enjoying the company of a woman.

If not for the story, one must definitely watch this movie for his acting. No doubt that the story is good but the way Ranbir slips into the character is just so effortless that there are scenes where you feel that it’s Sanjay Dutt and not Ranbir kapoor on the screen.

We live in times when the family agrees to a love marriage but the relationship doesn’t work due to our internal conflicts. There are many life lessons to learn from the movie. It’s fun and adventurous.

The thing with Ranbir is that even if his movie flops, he always gets compliments for his acting skills. And as they say it, Ranbir may not be for the mass but definitely for the class!