The Difficult, It Is Not Impossible 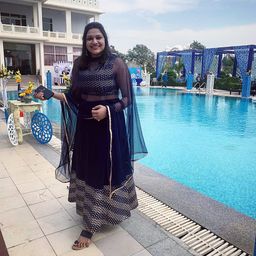 We face different situations all day, while some are easy-to-let-go, some are difficult to handle.

While some makes us question are capability, some gives confidence in us.

I want to ask a question to all of you, "What is the meaning of something being "Difficult?"

Is it something you feel you would not be able to do it? why? Because you have seen people do that? Or because people told you it is difficult? But why? Why cannot they do it ?

And the sub-questions can go on and on forever, and it all would conclude one thing, "A thing is as long as difficult as you think it is, you are made aware of it or you have heard it is."

The moment we take the seed of incapablilty out of our minds and start beliveing in us, the word "Difficult" won't have a place in out dictionary.

Take an example of a little child, he does not know to how to walk initially, but he is unaware of the fact that he might fall while taking his first steps, so he tries anyway, I am not saying he would be successful at once, he may or may not be , but at least he gives it a try and slowly and steadily he starts walking , overcoming all the hurdles.

The moment we start thinking that this is something we can do, it would not be that difficult, the thing starts becoming doable, because our brain functions like that, just calm it down and keep telling it, "You can do this".

Sometimes overcoming the fear is very important. While being in highly dangerous situations, people do some jobs which they might not be able to do otherwise, but the situation makes them capable of doing them.

Like if a dog gets after you, in order to save yourself you run for as long as it would take for you to be saved from thay dog, because at that time you do not think that it is difficult or not, you want to save your life.

We forge, We are capable of doing this, it is just our brain telling it is difficult and we would not be able to do it.

Our mind plays a major role in deciding what we are capable of. But all we know is , we are the doer and thus we are the decider, we just need to figure out a possible way of telling our mind, that we can do this.

The Fear Of Losing People