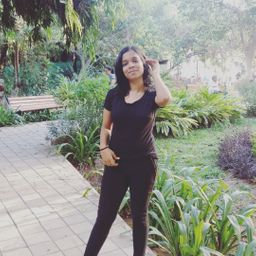 In Dausa district of Rajasthan, there is a temple called ‘Mahendipur Balaji temple', thousands of people visit this temple in order to get rid of ghosts, demons and evil spirits. They offer penances through various ways like pouring boiling water on themselves or chaining themselves etc. They continue doing such activities until they get rid of the evil spirits. In addition, it is said that when you are leaving the temple you should not look behind because evil spirits may take this as a sign and might possess you.

The Visa temple is situated in Hyderabad. The devotees visit this temple before they submit documents for visa, especially if they are applying for an American visa. Once the visa is granted the devotee has to come back to the temple and take 108 rounds around the Murti. It is one of these temples which does not take any offer from worshippers and does not distinguish between general public and VIPs.

I am sure you might have heard about this temple in news or on some social media recently. The temple is located in Assam. The temple has yoni or vagina of Devi Sati, the wife of Lord Shiva to worship. The Devi is covered in a red silk sari. Every year during monsoon, the Goddess menstruates and the temple is closed down for three days. A mela is celebrated until the fourth day. On the fourth day, the temple reopens. The temple turns red and the devotees are given a red cloth to cover the yoni as a Prasad.

When it comes to Indian army it does not matter from which religion you belong to. However, all the soldiers who are making their way Siachen, they have one common temple of faith called as ‘pressure cooker baba temple’. The story behind this temple is very interesting. The story goes that Pakistan fired a heat-seeking missile aimed at Indian army in Siachen. The soldiers at that point had a pressure cooker which was cooking their food. And they were sitting little away from camp where the pressure cooker was. The heat-seeking missile seeks the pressure cooker instead and cooker blast into the pieces and soldier were saved. It seems now every soldier who makes it way to Siachen will always stop and ‘Matha tako’ (seek blessings) from the pressure cooker baba mandir. What do you think ? was it a miracle or just a coincidence.

If you are soft-hearted and the sight of blood makes you sick never visit this temple. The temple is located in Kerala. The temple celebrates seven days festival where men and woman both visit the temple in red clothes carrying swords. They hit their head with the sword and the blood pours out freely. In addition, they do not make the offering in a general manner instead, they throw the offerings on Devi. After the festival is over the temple is closed down for several days in order to clean the entire bloodstain. HORRIFIC

If you know any such temple or seen some bizarre activities carried out on the name of faith, let me know in the comment section below.