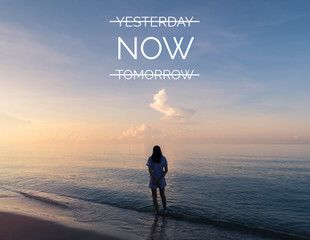 Hello readers out there! Having some Holiday plans?? Are planning to visit some Historical place as a solo trip or with your family… INDIA IS A LAND OF DIVERSE CULTURE ,LANGUAGE,FOOD ,TRADITION....Its also known for its diverse religion and temples ,mosque etc..Historical places??? MATHURA CAN BE ONE ......Mathura is a jumble of never-ending lanes teeming with folks, rickshaws and glittering shops. The city is dotted with magnificent temples, most of them dedicated to Lord Krishna, the city’s presiding deity and its first citizen. These temples depict various phases of Lord Krishna’s life, taking the devotees back to the divine era. Mathura is an important pilgrimage destination of the Hindus and is one of the seven sacred cities of India.You will definitely get a lifetime experience! Mathura is famously known as birth place of the almighty Lord Krishna.The city has a very diverse culture.The city is full of charm and beauty. Temples include Vrindavan,Govardhan, and Barsana where thousands of devotees come and devote themselves in the service of god. Hereare the list of beautiful places where you can visit.The land is daubed with an enchanting culture, which is enough to capture your heart and touch your soul. Vrindavan is a holy town in Mathura and is the most significant pilgrimage site in Braj region, attracting around 500000 pilgrims every year. It is believed that Lord Krishna spent his childhood here. Even the dust of this holy place is said to be sacred and devotees are often seen smearing it on their forehead. It is believed that Vrindavan was lost over time, until the 16th century, when it was rediscovered by the saint from Nabadwip, Chaitanya, Mahaprabhu, who travelled to Vrindavan in 1515.

As the name suggests,birthplace of Lord Krishna,it is a beautiful temple where large number of pilgrims come.

This is a historical muesum which dates back upto 1874 and it contains various paintings and sculptures.The muesum also has some rare coins of earlier civilizations.

It is a beautifully designed temple and there is a big statue of Vaishno Devi.This temple also depicts the various forms of Lord Durga.

The holy city of Mathura has large number of ghats as much upto 25.People do rituals here,enjoy boating and beautiful sight seeing.

Gita mandir is another site to be visited.This temple also falls on the Mathura Vrindavan road. The temple is dedicated to Lord Vishnu, is an amalgam of marble and stone, with a mighty pillar in the garden. The tall sthamb has shlokas from the epic Bhagwatgita inscribed on it.