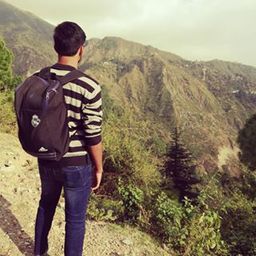 Have you ever wondered how beautiful are the scenes in some of the movies? It happens that often we get attracted towards the places where the film is being shooted. It takes quite a lot of time for the entire cast and crew of the movie to select a particular location. And if we talk of India, we can't argue on the fact that there are so many places where a movie can be filmed. That is why people don't ignore this factor while watching a movie.

So let's relive those moments and see the 5 best shoot destinations in India.

Situated at an altitude of 4350 m in Ladakh, this lake is one of the most visited tourist spots in India. With its fresh water and beauty around, people are attracted towards it.

But after the filming of the climax scene of 3 Idiots here, it got another fame. That's true. Remember the last scene, when Raju & Farhan finally find their friend Rancho and they took Pia along with them. It is the place where Pia says to Rancho, "Naak beech me nahi aati idiot."

Some part of Jab Tak Hai Jaan has also been filmed here. We all remember Shah Rukh Khan riding his bullet, wearing his glares.

Also the song which became a hit Sanam Re from the movie Sanam Re has been shot here. The song featured Pulkit Samrat and Urvashi Rautela.

The snow-covered mountains and the Chinar Tress of Gulmarg make it one of the best shooting locations in India. It is considered as one of the favourite filming location of the directors.

The film Highway was filmed in the valleys of Gulmarg. Some scenes of the song Patakha Guddi are shot here.

What we thought of the mountains in Yeh Jawaani Hai Deewani to be of Manali were actually Gulmarg. The song Subhanallah was shot amidst the beautiful snow-covered mountains.

Most of the scenes of the film Haider were shot in different parts of Kashmir. Some scenes were filmed in Gulmarg too which added beauty to the film. A song sequence was also shot which was the best shot songs of Shahid Kapoor's career as quoted by him.

The scenic palaces of Udaipur and the forts around it attracts most of the directors. They want to add a taste of royalty in their films. That is why, many of them choose Udaipur as their destination.

The 2007 hit comedy Dhamaal was shot in the areas of Sajjangarh, Baddi and isolated areas of Udaipur. The scene where Sanjay Dutt ties the other four actors with a tree in order to get 10 crore rupees first.

The sequence of Yeh Jawaani Hai Deewani where Aditi gets married was shot in Udaipur. And the song DilliWali Girlfriend and Kabira which were huge hits.

Remember Ramleela. The part where Deepika was dragged to the Gangaur Ghat and Ranveer jumps into the lake in order to save Leela(Deepika). All of it is filmed in the lanes of Udaipur.

The god's own country is a favourite hotspot for tourists as well as the movie directors. The scenic beauty of Munnar, its tea gardens and the water is a location that every director wants in their films.

Two of the songs of superhit film Chennai Express, 'Titli' and 'Kashmir Tu Mai Kanyakumari' were shot here. The audience loved the songs and some credit goes to the shoot destination.

The 'shivling scene' of Baahubali was filmed on different locations of Kerala.

Munnar's Tea Gardens and Rose Gardens were shot during making of Life Of Pie. The director Ang Lee couldn't thought of a better location than Munnar to shoot for the film.

This fort has a special love for the people as most of them remember which film was shot here.

The Goa tour in the film Honeymoon Travels Pvt Ltd was filmed here and in other parts of Goa. The whole movie explored Goa on its journey enroute.

Rohit Shetty loves Goa. That is why most of his films are shot here. The Golmaal Series was shot here which was a great success. There were different locations in Goa out of which Aguada Fort was the one.

We all have watched Dil Chahta Hai many times (not all but most of you have watched). We cannot forget this movie and its locations which were filmed in Goa. The scene where the three actors Amir Khan, Saif Ali Khan and Akshay Khanna sat on the roof of a fort. This made us to visit this place more.

From now on, if you visit any of these places, do look for the exact places where the shooting of movies took place. This sounds interesting in doing. Isn't it?