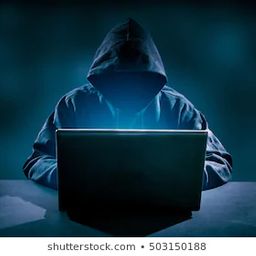 A.I is the buzzword that you hear almost in every technological field. Or in the field involving machines and computers. Why?  If you must ask. The reason is A.I has been a competitive leverage for certain businesses. They were able to predict critical events in business and improve performance of product or services using such technologies. Certain companies were able to create disruptions in the market, giving rise to entirely new technology markets never perceived before.

What comes to your mind when you think of A.I in cinematography? A smart camera without human handlers or intelligent softwares perfectly editing film sample without any aid from technicians and engineers. Well you are not wrong. Currently we are witnessing the sudden change in quality of the films being made. Maybe graphics looks quite realistic, the make up too perfect to differentiate or shots perfectly timed. This is because the movie producers are gradually embracing new age science and technology. The technologies like deep fake and use of machine learning in VFX are gradually replacing the likes of makeup artists, body doubles or even stuntmen. They are capable of reproducing characters aided by trained neural network models. For an instance the neural model may divide the character film shot into various mini frames. Then combines and recombines these mini frames to achieve desired accuracy of certain expression or shot sequence. Thus, movies possessing such technology have abilities to produce perfect movies or near perfect ones.

Machine learning models can aid directors in minimizing the mistakes while making movies. Perhaps also predict the errors and help in avoiding them. All these things can be achieved using extensive data analytics guided by ML models on data collected on shots taken or retaken. Such models can bring down the cost incurred in making movies and also significantly reduce the time taken in making them.

One of the most popular examples is, suspense/horror film ‘Morgan’ had its trailer developed by IBM Watson. IBM Watson was initially trained with data collected from scenes of 100 horror movies. The visual, audio and other components of a scene were analysed. This is how the understanding of sequence of scenes in a standard horror movie was infused in the A.I system. 90 minutes ‘Morgan’ was then fed to the system and it gave out 6 mins trailer in 24 hrs. Normally trailer development takes weeks to complete. The trailer suitably met the expectations of the movie makers and viewers to certain extent.

As of now the accuracy & precision of present age A.I and the creative potential of human mind when combined can give the best cinematic experience mankind can ever know.