Cartoon Shows That Defined Our Childhood 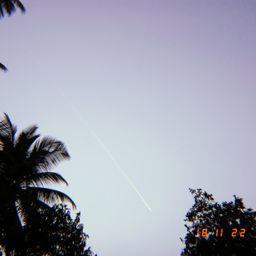 His adventure kept us engrossed for hours. We all wanted one genie in our life after watching one blue coloured person, the cribbing parrot lago and his naughty monkey friend Abu and his beautiful girlfriend Jasmine all boys must be jealous back than.

Brothers started loving each other after watching this show . Its a epitome of teamwork and fun. There is whole lot of history here. Their family pet Perry Platypus was a secret agent who tackles the evil. They try building different things meanwhile their older sister is tattling on them to mom and dad but she seems to never catch upon them in the act. And what a theme song it was 'Today Is Gonna Be A Great Day'.

It was a comedy mystery show. It was a show where a pink furred panther was exploited in the wildest and wackiest situations. Which was little dumb act but fun to watch and also the police detective who gave us the idea of becoming a detective.

Result of chemical accident, these super girls came to life Blosson, Bubbles & Buttercup they rocked the cartoon network for the longest time. Despite being a bit girly, the cartoon had a massive male following as well . Thats we were explore to a little bit femme side.

The adventure of this wealthy boy were very entertaining and how he has everyone to help him from his enemies specially that robot maid who used to change herself in anything and beat every evil.

A deep under the pacific ocean there was a sponge square shaped SpongeBob SquarePants who used to live in house like pineapple with his pet snail Gary .Patrick was a starfish who was his best friend . An octopus was his neighbor who used to hate him for his childlike behaviour and rest is his whole story. Despite of all this he was a happy soul.

He made us laugh without even speaking a word which was spectacular. He taught us never give up even if you look stupid and also its okay to be alone and by being alone also we can enjoy alot. His teddy and he was like a small two people family.

Jonny bravo was known for his karate-chops, confidence, and hid crazy yellow hairdo, Johnny Bravo is certain that all girls like him. But he is wrong all the time . He was a very self amused person.

Emmy and Max find a magical place called the Dragon Land where they transport to using a magical crystal and face challenges with the dragons Ord, Cassie, Zak, Wheezie and Questzal

Competing each other was their life's only aim . The cat named Tom & mouse named Jerry made situation worse to each other creating hurdles and coming out of that situation made us entertain throughout our childhood and we know who always win. It also made our mindset that a mouse used to look soo like Jerry.

Who thought that working class of stoneage man would be this entertaining . Well it was quite Yabba dabba do! Like

This show changed our whole perception about spinach and how one can become strong just by eating it. This show had the best song.

Winnie the Pooh was very inspirational and his sayings made us think about everyday life. He always used to feel rumbly in his tummy. He made us realise no matter how much you get fat there is always space for your favourite food Honey! And live your life everyday.

Anime And Its World Of Animation!!

Why Tom Cruise Is The Biggest Superstar