Imagination V/S Reality About The Egypt 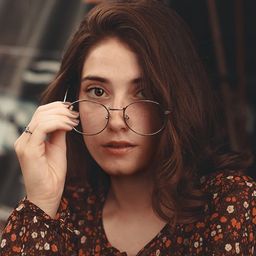 Ever since I was a little kid, I've dreamt about Egypt and its ancient pyramids and mummies since when I watched the movie "THE MUMMY". We all saw that amazing movie which took us into that imagination world of Egypt. BUT are we imagining the Egypt correctly? Or we are imagining a backward ancient Egypt? Let's see that...

We remember watching the movie THE MUMMY, We cannot deny the truth that we were too impressed and involved in that movie that we start to fantasize Egypt that way.

EXPECTATION: Well we imagined that Egyptian people still speak some different language which is nor English neither Arabic.

REALITY: while Islamis the Official religion of Egypt and Arabic is their official language. And some of them can speak English too.

EXPECTATION: Egypt has nothing but an ancient pyramids and desert: -

Egypt has one of the longest and different kind of histories compare to any country. And because of that people still think that Egypt has only pyramids and desert with the backwards architecture.

Yes, that’s true. Egypt is not just about sand pyramids and deserts. Egypt is actually a technologically advanced country. Despite of the major parts of country are desert, the majority of Egyptians live in comfortable, modern cities like Luxor and Giza.

EXPECTATION: Egypt has only desert and desert sand:-

I am guilty here because I imagined that.
REALITY: Egypt has greenery, river and beaches too: -

The longest river in the world and its waters nourish the green pastures in the Nile Valley. Egypt also has that amazing beaches and resorts get packed during summer by locals and tourists.

Just because Egypt has deserts, we all imagined that it has really high temperature. And I used to think that there is no rain in Egypt. Silly….

REALITY: Egypt has moderate temperatures and it rains here too: -

In reality, the weather in Egypt is pretty average. Days are usually warm while nights are typically cool. In fact, Egypt actually experiences a mild winter between the months of November and April. And yes, it rains in Egypt, as well.

I used to think that they still use camel for travelling and also there are no roads only desert’s sand.

REALITY: Egyptian are modern and they use vehicles for travelling: -

knowing this is a big relief actually. As we ever think about visiting Egypt you do not have to care about travelling on camels.

EXPECTATION: Pyramids are only worth visiting: -

I don’t know about you but whenever I heard Egypt I think only about the pyramids, pyramids and pyramid with the cat head.

REALITY: There is much more to travel: -
There are many things to visit like HURGHADA RED SEA, Western Sahara DESERT

That’s a good thing to hear for a non-vegetarian but for vegetarians!!!

REALITY: Egyptian food is traditionally…vegetarian:-
What ??? Exactly. Well they also eat meat but their actual cuisine is vegetarian.

I think that’s enough to know that Egypt is nothing like we have imagined. In fact it’s beyond our imagination. They say “never judge a book by its cover” it suits here I guess. And not all the information showed in movies are correct.