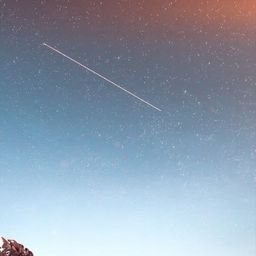 A study of why you do what you do; a scientific study of our thought process, mind, behavior & emotions. Psychology gives us a deep understanding of human conscious & subconscious, the professionals who practice this are called psychologists. It is a very vast field & strives to learn everything ranging from brain working systems to biological & genetical effective on the person's willfulness to dark actions. This can also be the solution a lot of our problems like, ergonomics, mental health, enhancement in performance & sometimes to solve criminal cases when psychopaths are involved. In many ways, the sole aim of psychology is to benefit the humankind by providing a better understanding of humans to themselves.

The word “psychology” has its origin in modern Latin word “pshchologia” & which was Latinised from Greek words “pshykhē” & “logia” which means soul, spirit & mind indicative of states of mind in all the realms they were then considered by philosophers as well as then doctors & study of any subject in dept (research) respectively. It was coined during the mid-sixteenth-century by a German named Melanchthon. Steven Blankaart was the first person ever to use the word psychology in his book “The Physical Dictionary” in four & ninety years after sixteen century’s start.

Many of the great philosophers like Thales, Plato, Aristotle & physicians like Hippocrates, have mentioned mental sickness, depression & thought disorder. The philosophical works of Buddha, Lao Tu, Confucius also say about the knowledge of mind & interaction of physical & Yogi munis of India have described the body & mind chakras which can be activated through yoga can be referred as the earliest occurrence in our country.

Psychology was not considered a different branch of study till 1800, the earliest occurrence of a separate work completed dedicated to this subject emerged in during the late 17th century. A French philosopher Rene Descartes introduced the idea of a dichotomy of mind & body, which work together to make a human. In 1830 the researchers started to come up with experiments to prove their psychological theories, came to be known as psychophysics.

By the mid-eighteenth-century, Wilhelm Wundt using his research & experimental method published a book in 1874 “Principles of Physiological Psychology”, which gave a brief outline to the concept of human thoughts & their relation to physiological processes. In India, humanistic psychology came in the 1960s whose theories were mostly influenced by western culture. Although as an academic discipline Calcutta University was the first to establish a Department of Psychology in 1915 under Dr. N. N. Sengupta, who trained & worked under Professor Hugo Musnterberg, a student of Wilhelm Wundt.

Shubham Pathak
Shubham Pathak
1 view
Sneha   •  26w  •  Reply
Hi I've been writing since 2 months. On this amazing platform www.thesocialcomment.com this is not only restricted to writing but also allows you to post your artwork projects and skill video. I thought to share this information about this platform with you will be helpful. Because even you can create your virtual portfolio and earn internships.
Yashasvi Soni  •  1y  •  Reply
Hello Sir, there is no black magic behind the views, I simply nag my cousins & friends all day after I post an article to give me reviews about it.
P A   •  1y  •  Reply
Hello Miss, would you like to share the voodoo magic behind your blogs that they get so many views.