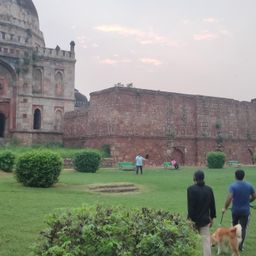 Queen is an ignorant Delhi girl who finds herself on a 'honeymoon' all by herself. What happens along the way forms the crux of this sweet, sensitive, fun social drama.

The action begins in a middle-class Delhi household. The father is amithaiwala; his daughter Rani Mehra or Queen (Kangana Ranaut) is naive, even appears stupid in today's context, a virgin, waiting to get married. Destiny has other designs for her. Que sera sera, without divulging too much, you can safely cut to her taking off to Paris, all alone.

The start of Queen's journey bears resemblance to that of Sridevi's in 'English Vinglish'. This Delhi girl is as nervous on her flight to Europe as that Pune housewife was when she was flying to America. Their dumbstruck expressions on the flight and on discovering the magic of their foreign destination, their Indian attire, the dilemmas of what to eat and whom to speak with seem identical. However, that's just a brief resemblance. Otherwise Rani's journey of self-discovery charts its own course.

In Paris, Rani meets the long-legged, dusky Indo-French girl Vijaylakshmi (Lisa Haydon) who befriends her, giving her lessons on love, lust and life. Slowly, Queen's low self-esteem gives way to supreme confidence. Before you know it, she's on a train to the sex capital of the world. At a hostel in Amsterdam, Rani shares a room with three men. And this motley group goes on to forge a bond. Soon, you are as engrossed in their friendship as she is.

Lisa Haydon and Rajkummar Rao lend good support. But this film belongs to its director Vikas Bahl. This is his first solo outing. Earlier he co-directed the National-Award winning 'Chillar Party' with Nitesh Tiwari. Bollywood should blow bugles in his honour.

What To Expect When You Become A Flight Attendant?