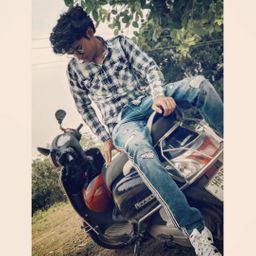 Indians not just listen to music, they almost breathe it. Bollywood plays a huge impact on our lives and so does Bollywood music. The industry has witnessed several good artists over the years and later forgotten but this today's legend I'm going to talk about is at the top of the heap at the moment.

his dad is a Punjabi and mother a Bengali. His maternal side family was dependably into music and subsequently, his youth dream was to turn into an artist. Sources also say that he's trained under the guidance of Hazari Brothers, great classical artists from northern India. But, being part of a family which love music and his mom encouraging him to sing and learn music, It was quite clear for him too that breaking into Bollywood wouldn't be a cup of tea.

At a very young age of 18, He participated in a reality show which unfortunately he didn't win but had impressive marks on the judges which later helped him get his first song composed by Shanker Ehsaan Loy's High School Musical Hindi soundtrack. At a very naive age, he still got some really good techniques with his voice which made him stand for the song. the song was called “All for one”. ( Do check it out, my guys )

Struggling In Bombay: Almost broke him at one point

Even though he got few TV Shows Track like – “Hum Hai Deewane” Madhubala – Ek Ishq Ek Junoon and “Dadagiri” featuring Sourav Ganguly but still he was still eager for the success he always strived for it. He believed in being as simple as he could with his art because he feels that the only thing which can make a person stand out among thousands of people. Yet, he has to know a grand success is waiting for him in the future.

The ''Tum Hi Ho'' phase: his stardom at his best

I remember when the first thing song came out almost every person, no matter what age group they are from were jamming to it internet got flooded with this song and Arijit's demand in the industry. This world owes Mithoon ( Composer of ''Tum Hi Ho''), Mukesh Bhatt and Mahesh Bhatt for giving this gem to the world. "Tum Hi Ho" from Aashiqui 2 was the biggest achievement so far for him in the Bollywood business.

People's take on his sudden success ;

After giving hits from one by one he took charts with fire. but, there were few people who had a different opinion about it. Once a director said after the release of Raaz Reboot in which all the songs were sung by him only -'' He's got great talent and voice as well but you shouldn't have just one singer for every kind of music in the film because it bores the audience as well. we want to see several shades and sound of the story plot so it kind of murders the creativity''. Some people have also claimed his voice texture is quite similar to Atif Aslam and Mohit Chauhan which results he is always compared with these two artists all the time. Though, he is never directly criticized about his voice because he is very well classically trained and music critic love him still most of the people only love his romantic songs.

His new song ''Tujhe Kitna Chahne Laga'' again composed by Mithoon is reaching to the top and if you haven't heard it you should and let me assure you, you won't regret because he takes you to a whole another world with his soothing voice :))

Bollywood Songs Of Early 2000s That Still Make Us Groove.