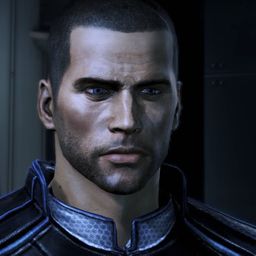 I am one of of the people who have gotten bored with mainstream music.  So to get over this boredom I keep checking out new bands, especially obscure bands that no one is heard of. I find that these bands have richer sounds and lyrics compared to mainstream music, the music they produce speaks to your heart directly. While popular music is a great way to connect with people, the music these bands produce helps you connect with yourself.

In my search, I unfortunately I missed a jewel that was luckily brought to my attention by a friend of mine. This band is called Black Honey. So I got curious and decided to listen to their music and I have to say that this was one of the best decisions of my life.

I have never liked any music album as a whole, one of the exceptions being their album titled “Black Honey”, the deluxe edition about which I will be talking about now. I shall only be covering songs that I really liked as otherwise the list would be pretty long, so this is a personal preference and may vary from individual to individual.

The album opens with the song “I only hurt the ones I love”, This song is reminiscent of the old school spaghetti western and surf music, the spaghetti western style of guitar is used masterfully and the drum beats are catchy, listening to this song will put you in a trance and the vocals don’t do anything but help build this trance even more.

The Next song "Midnight” is reminiscent of disco music and it is masterfully done so, you will want to dance to this one. The sound of the guitar adds a bit of the psychedelic effect that gives you the sensation of being in a nightclub at midnight which stays true to the name of the song and the music video, which I recommend you should watch.

The cover of the self titled album “Black Honey”

Next we skip to their song “Blue Romance” which is beautiful at its best. The psychedelic music will definitely give you the feeling of nostalgia and that of a long lost time that you cannot remember. The lack of a guitar compared to other songs is great as it focuses more on the singer’s powerful vocals to create a truly marvelous song.

The track after Blue Romance is my personal favorite, the name is "Crowded City”. The beauty of the song lies in its perfectly arranged instrumental sections, the sections go from a slow pace track with minimum instrumentals focusing on the vocals with a sudden fast paced section that drowns the vocals in a beautiful background noise that perfectly demonstrates being alone in a crowded city, moments of silence followed by being drowned in noise.

After this we skip to the fast paced “All my pride”, the catchy drum beats really hook you and get you excited. The vocals of this song are amazing and convey the emotion of letting go of someone after ending on bad terms very well. It is an encouraging song at best giving people the strength required to move on from such an incident, the upbeat music does a great job of supporting this.

Now we reach for the last song of the album which is “Corrine”, The song has a very nostalgic feel to it. It talks about badly missing someone and wanting them back while understanding it is probably hopeless. The music gives one the feel of being a movie accurately said in the lyrics “We live in a movie nobody else will ever see”, describing the moments special shared only between the singer and ‘Corrine’ or the person being missed, that are still remembered by the singer.

The album has a wide variety of songs going across many genres and each song have its own characteristic sound and emotion, which is easily distinguishable. This is what I love about this album the sheer emotional swirl it causes through its music is something that I have rarely seen these days. The main theme of this album however is clear, black honey want you to feel like you’re in a movie, which this track does perfectly well through its themes and sounds.