Do We Have Free Will? 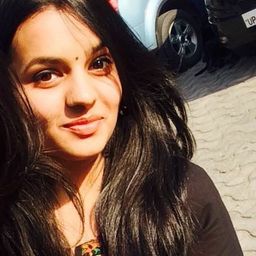 Free Will – what is it ? Free Will gives person a chance to do things according to his Will. It is the ability to carry out tasks on your choices and likings. It is granted to human beings and human beings take proud on that. The concept of free will allows man to take charge. People feel that they are guiding their actions but have you ever thought that this Free Will – is it real or just an illusion?

I was wondering that we human beings are really selfish. Whenever something good happens we immediately say that this all happen because of me because of my wisdom and whenever something bad happens we blame it on the other person or sometimes on even God himself, which we usually get to see in daily soaps. But this is not a fight between God and us.

God is the creator and a destructor. He has created everything. Whatever happens with us is always with the God’s wish.Human beings can only turn the route of events but they can’t change the events. They have been given power but ultimate power resides in the hands of God only. Human beings want to hold that life thread in their hands but this Free Will would become true when it is directed with the God’s Will.Our Will will have its value only if it goes in the same direction with the God’s Will.

God is there to guide human beings on their each step. Man is the maker of his own destiny. God always shows two paths to its mankind – there are always choices which have been given to human beings and then it is their choice to choose between that right or wrong, fair or unfair.

If we would go what science says then it would be difficult for us to believe on the idea of Free Will? Science can prove that everything that happens have a scientific reason to it. But it totally depends on an individual. I believe that it is really important for us to have a belief in this free will. I think this free will is just an illusion. It is just a blurring effect .This free will is there but to a certain limit. It is not entirely belongs to mankind. Man is mere the puppet and God is running that thread. It is like a game, rules are all set by God himself but the way you play is completely in your hands. Whether you want a carefree life or fearful life etc.

We say things are predestined but this fate and free Will both have their hands in the creation of human beings. I would say free Will is more powerful as it decides what will happen. Like we don't have control what is written in fate but to take a decision in that particular situation is your free Will. And the approach which we have on it really influences our life. So, it is really important to have a right command to live a meaningful life.

Are You Aware Of Existential Crisis- The Harsh Reality?