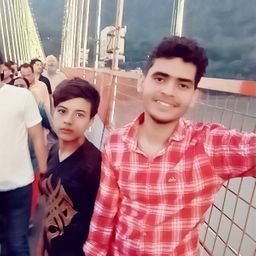 Education should be a fun for bright minds not a torture. Let us make it like that!

Indian education system. What is the first thing that comes to mind when you read this?? Books ...Books...books, with student mugging them venomously! Should education system be like that? But most of the time we find this the ground reality. The whole focus is on marks and learning is thrown out in the dustbin.

Our schools focus on studies which is a very important aspect of education but not the only one. Education should be more than what it is now.

When children remember the word called school years after and there should be a happy feeling within them and they should miss it. It should be something which taught them not just how to cram but to understand. Feeling the intensity of knowledge is important. Also, their life values and health should be equally taken care of. There should be more practical knowledge.

Learning from other countries

There are countries which should be our inspiration for the type of education students should have. In countries like USA and Finland the education system offers you opportunity in every area. Be it sports, science, music , dance etc.

was the end of term at Kirkkojarvi Comprehensive School in Espoo, a sprawling suburb west of Helsinki, when Kari Louhivuori, a veteran teacher and the school’s principal, decided to try something extreme—by Finnish standards. One of his sixth-grade students, a Kosovo-Albanian boy, had drifted far off the learning grid, resisting his teacher’s best efforts. The school’s team of special educators—including a social worker, a nurse and a psychologist—convinced Louhivuori that laziness was not to blame. So he decided to hold the boy back a year, a measure so rare in Finland it’s practically obsolete.

Finland has vastly improved in reading, math and science literacy over the past decade in large part because its teachers are trusted to do whatever it takes to turn young lives around. This 13-year-old, Besart Kabashi, received something akin to royal tutoring.

Is There A Need To Change Education System Of Our Country?