10 Books To Read This Summer Vacation 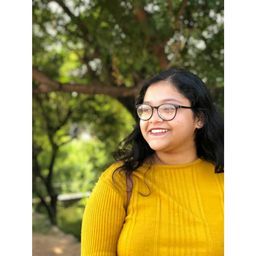 Hey. Yo. Wassup? It’s the bookworm. (gaaaaah I cringed so hard that I threw up)

So, I just made a list of 10 books you can read over the summer vacation (even though no one asked for it) because I’m assuming you’re bored and have nothing else to do with your life. Am I helping to improve the society or what?

Okay so this is definitely a handpicked list. These are some of the books I’ve read over the summers. I haven’t got hold of the classics yet. Maybe I’ll do it this time. So you can go ahead and try those if you please. Some of the best are-

Jane Eyre by Charlotte Bronte, Great Expectations by Charles Dickens, To the lighthouse by Virginia Wolf,The Catcher in the RyebyJ.D. Salinger, Pride and Prejudice by Jane Eyre, Wuthering Heights by Emily Bronte, Lolita by Vladimir Nabokov.

“After a murder takes place on a train journey, a detective decides to investigate to find the culprit among the passengers aboard. In the process, he also learns the true identity of the victim.”

We all know Agatha Christie gives us some of the best detective stories of this century. Murder on the Orient Express is no exception. Christie’s style of writing keeps you guessing till the end. Imagine- a train full of passengers, one of them is killed and one of them is a killer, but who?

Gone Girlis athriller novelin themysteryandcrimegenres, by the American writerGillian Flynn. The story revolves around a married couple Nick Dunne and his wife Amy. One day, Amy disappears from the house without a trace and Nick eventually becomes a suspect in her disappearance. Among other reasons, his lack of emotion about Amy's disappearance and the discovery that Amy was pregnant when she went missing lead both the police and the public to believe that Nick may have murdered his wife.

The story is divided into two parts. The first part is a narrative of Amy’s diary and Nick’s present situation. However the second part is where your world turns upside down. Having the most unexpected turns, it makes you feel betrayed and them, unreliable narrators. Secrets unfold later on in the books and you’ll get an ending you never expect.

I highly recommend this book if you haven’t already got you hands on it. It’ll seriously mess your mind and that’s the best kind of book.

Veronika Decides to Dieis anovelbyPaulo Coelho. It tells the story of 24-year-oldSlovenian Veronika, who appears to have everything in life going for her, but who decides to kill herself. This book is partly based on Coelho's experience in variousmental institutionsand deals with the subject of madness. The gist of the message is that "collective madness is called sanity".

Another best seller by ‘The Alchemist’ writer Paulo Coelho, ‘Veronika decides to die’ is a Psychological Thriller. Veronika attempts suicide by overdosing with sleeping pills. While she waits to die, she cancels the suicide letter she starts to her parents while suddenly provoked by a magazine article. The magazine article wittily asks "Where is Slovenia?", so she writes a letter to the press justifying her suicide, the idea is to make the press believe that she has killed herself because people don't even know where Slovenia is. Her plan fails and she wakes up from the coma in Villette, a mental hospital in Slovenia, where she is told she has only a few days to live due to heart condition caused by the overdose. The story than revolves around her time in jail and the experiences. She realizes she has numbered days and so decides to do whatever she wants in which, she experiences love and hatred and a lot of other things.

Me Before Youis aromance novelwritten byJojo Moyes. Young and quirky Louisa "Lou" Clark moves from one job to the next to help her family make ends meet. Her cheerful attitude is put to the test when she becomes a caregiver for Will Traynor, a wealthy young banker left paralyzed from an accident two years earlier. Will's cynical outlook starts to change when Louisa shows him that life is worth living. As their bond deepens, their lives and hearts change in ways neither one could have imagined.

If you think this is another cliché romantic novel, I’m sorry but you are so wrong, my friend. Unlike any other book, the ending to this book is something that I definitely didn’t expect. But even though it was unexpected, it’s an ending that satisfies you.

The Girl on the Trainis a 2015psychological thrillernovel byBritish authorPaula Hawkinsthat gives narratives from three different women about relationship troubles and binge drinking.

Commuter Rachel Watson catches daily glimpses of a seemingly perfect couple, Scott and Megan, from the window of her train. One day, Watson witnesses something shocking unfold in the backyard of the strangers' home. Rachel tells the authorities what she thinks she saw after learning that Megan is now missing and feared dead. Unable to trust her own memory, the troubled woman begins her own investigation, while police suspect that Rachel may have crossed a dangerous line.

Another amazing psychological thriller, this book will keep you on your toes till the end.

Love, Rosie previously known as ‘Where Rainbows End’ is the second novel by Irish writerCecelia Ahern, published in 2004.

The story revolves around two best friend- Rosie and Alex. They have been bestfriends since they can remember being alive. Life happens and the book guides us through their relationship as it continues to change due to distance, new relationships and circumstances.

I personally LOVE the format of the book. The whole story is told through letters, emails, instant messaging or even chits! The idea is very fresh and it tells you how unfair life can be. Sometimes everything might seem like it’s finally falling into place until you get the final blow. Sad but true, yeah?

Is it a little predictable? Maybe. But is it worth a read? Heck yes!

The Girl with the Dragon Tattoo is apsychological thriller novelby Swedish author and journalistStieg Larssonwhich was published posthumously in 2005 to become an international bestseller.It is the first book of theMillenniumseries.

After being successfully sued for libel by a wealthy industrialist, investigative journalist Mikael Blomqvist leaves his magazine Millennium and accepts an offer from Henrik Vanger to write the Vanger family history. An old industrial family, the Vangers have their share of skeletons in their closet. What Henrik is most interested in learning however is what happened to his niece, Harriet Vanger, who he is certain was murdered by a member of his family in the summer of 1966. Mikael takes on the task and moves into a small cottage on the Vanger estate. He begins to decipher some of the clues Harriet has left behind and decides to get an assistant, computer hacker Lisbeth Salander, the woman who did the very thorough background check on him for Vanger. Together, they uncover immense corruption beyond anything they have ever imagined.

If I Stayis ayoung adult novelbyGayle Forman. The story follows 17-year-old Mia Hall as she deals with the aftermath of a catastrophiccar accidentinvolving her family. Mia is the only member of her family to survive, and she finds herself in a coma. Through this coma, however, Mia has anout-of-body experience. Through this, she is able to watch the actions around her, as friends and family gather at the hospital where she is being treated. We follow Mia's stories and the unfolding of her life through a series of flashbacks. Mia finds herself stuck between two worlds; the world of the living, and the world of those who have moved on. Mia realizes that she must use her past and her relationships to make a decision for her future. Her options are to stay with her grandparents and the love of her life, Adam, or to move on and avoid the pain of living without her mother, father, and little brother.

Grab some tissues when you get the book because it’s gonna be messy.The movie adaption of this book made me want to read the book. I cried like a baby at 2:00 am while all my friends were asleep. So ya. That says a lot.

Madeline Whittier is allergic to the outside world. So allergic, in fact, that she has never left the house in all of her seventeen years. She is content enough—until a boy with eyes the color of the Atlantic Ocean moves in next door. Their complicated romance begins over IM and grows throughout. Everything, Everythingis about the thrill and heartbreak that happens when we break out of our shell to do crazy, sometimes death-defying things for love.

This is my personal favourite book. This is the book I recommend everyone to read. This is the book I carry everywhere I go. This is the book I read when I can’t focus on other books. This is ‘THAT’ book. Now I’ve hyped you so much, you’ll probably be very disappointed when you read it. This is honestly a beautiful book. I love the idea of it. I love how real as well as fairytale-like it is. Now, I’ve obviously read much more amazing books than P.S I Love You, even then this book has a very special place in my heart.

PS, I Love Youis Irish writerCecelia Ahern's first novel, published in 2004. Holly and Gerry are a married couple who live in Dublin. They are deeply in love, but they fight occasionally. By winter that year, Gerry suddenly dies of a brain tumor and Holly realizes how much he means to her as well as how insignificant their arguments were.

Deeply distraught, Holly withdraws from her family and friends out of grief until her mother calls her informing her of a package addressed to her. Within the package are ten envelopes, one for each month after Gerry died, containing ending with "P.S. I Love You". As the months pass, each new message fills her with encouragement and sends her on a new adventure.

“Life is for living, but it always helps if there’s an angel watching over you”.

So these are 10 novels I'd recommend you in case you wanna read this summer vacation.

Kriti A
Kriti A
38 views