Was The Final Episode Worth The Wait? 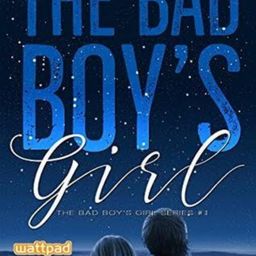 Finally the final season of Game of Thrones aired and ended. It was the most awaited shows of this time. Let me simply brief out about the last season.

After a number of twists and turns like the death of ned stark, death of little finger and night kings army season 8 became the most anticipated season for the viewers.

At the starting of the finale it was soothing for the audience to view all the siblings coming to their home land after a long time.Every stark including jon saw the true life beyond the faces in their own ways.On peoples demand the true king jon snow or to say the right heir of iron throne aegon targaryen who was first unaware of this truth became the king in the north and asks Danny to help him fight the dead.It was seen as if Danny and jon both got their real love until the truth of his birth was revealed which left the audience with an open mouth.Even after knowing truth Danny helps them in the war as promised proving she is not like her father, mad king.

The episode 3 of season 8 was the longest episode in shows history or to say television industry which was the major battle that took place at winterfell.The series goes up and down when the war which seemed to be lost was ended by Arya stark killing the night king,just g.o.t things.(May be this is the reason bran the broken gave her the valeyrian steel knife)Then came the final war between Cersei Lannister and Daenerys targaryen where our beloved queen Danny out of rage and anger follows her father's path and becomes queen of ashes which she said she would not become.The final episode leave the audience with a great disappointment of jon killing Danny his true love.

Dragon melting the iron throne into nothing knowing it was the cause of her mother's death is the scene which brought tears in everyone's eyes.No matter what they are but the dragons always loved their mother.Drogon takes his mother's body far away from this dirty politics to find a place somewhere for her to where she can rest in peace.I think the characters of Cersei and Danny very too strong that even the writers didn't know how to end them.I couldn't stop my tears seeing jaime and Cersei hugging each other and dieing together along with their unborn child.Jaime has shown us what true love is.After this storm of deaths of our favourite and strong characters , Tryian Lannister again shows his power of words and makes bran the broken, king of six kingdoms whereas sansa declares north will be independent showing her maturity.

So at last our favourite series ends with Sansa as she deserves becoming queen of north,our warrior lady arya stark as queen of new world but jon back to nights watch.I think jon deserved much more as he killed his true love for welfare of people.The imp or half man, one of my favourite ends up being the hand of king which no one can do better than him.The final episode with all its pros and cons gave a good justification to some characters like knight brienne showing her love towards her first love jaime which was very heart touching.So even though the show left us a bit disappointed it was an epic which made every ones heart skip a beat every time when they saw the show.

5 Unsatisfying Things In Final Season Of Game Of Thrones

“Got” A Reality In Today’S World?