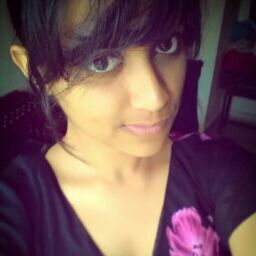 Who isn’t fascinated about the life beyond earth? Think about Earth as an element of space. Many of the movies in this genre deals with life beyond earth. Exploration of space in popular culture, in movies like Interstellar, have always grabbed the attention of audience because of its mysticism and it invokes imagination without constriction. The birth of this sub-genre could be seen from the release of Trip to the Moon, the first ever sci-fi movie by George Melies.

How about the present universe is which we all live? Humans exploring the space can be taken similar to the adventure in the movie Gravity.The movies, of course, presents hyperbolic situation. But the humans surviving in the universe of planets, stars, satellites, rockets, and more is like a live movie. The VFX and graphics used in the movies are to create an illusion, unknowingly we are living in such illusion of space in itself where there is presence of nature and life uniquely present on earth in the whole of universe discovered yet. The life on earth is as fantastical as life on mars or any other planet. The fantasy world that we like to enjoy in anime and movies is very well in front of us.

The popularity of this genre is because of the extensive use to methods to create an illusion, especially through green screen in the present age. It creates a complete different setting which is beyond earth. We hardly notice that we are living in a magical world of animals, human, birds and fishes which is far more beautiful than the habitable moon ‘Pandora’ of the movie Avatar. Further the human emotions of happiness sorrow and fear might be experienced to humans only. Intelligence, creativity, science and arts and culture can be seen as human superpower. If we dwell upon our evolution, human race has come from the apes to humans with complex brain.

Hence, the present could be interpreted as space opera in itself, and our life is nothing less than a movie. Now, it depends on humanity to keep the movie going on by protecting our planet or to end it by destroying it due to our ignorance. With the growing chaos, humans are evolving towards a beast who can only wishes to destroy. If the present earth is being overused then we will see our judgment day pretty soon, like the movie 2012.

Kabir Singh: A Wake Up Call To People