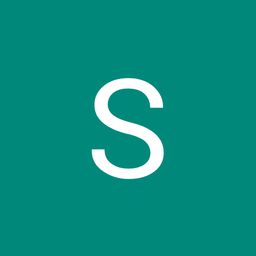 Nowadays two things are, talk of the town. Those are firstly #couple goals and secondly long distance relationship. In twenty'th century we are to open to our social media account that most people will come to know that, what you are up to or With whom you are wondering with etc. And we are the one who tells Everyone by posting things up on social accounts.

Everyone is achiving their perfect couple goals at least on social accounts of there's ie. Because in real world I believe our parents are married from past 20 to 25 years and I don't believe they yet are in the category of couple goals or there are any of perfect couples or couple goals like things

Second thing which is much seen or talked about is long distance relationship. I think people in long distance relationship are having some real struggles. Like they can't meet at any time they want but they can balance this with face time or Skype but still they miss the feel of touch. Next they are sometimes in different time zone so they can't talk much but they balance it with voice notes, some whatsaap texts. Birthday's they sometimes miss out on their partners birthday's that is too heart breaking for them, but to fulfill this heart break a bit they vedio call at sharp twelve o clock to wish them, then they send gifts to them of course to surprise them. And if they are missing each other very much they take a off from their work and plan to visit them.

It is tough right to be in a long distance relationship. But still some are doing very well in this situation. But is it really tough???...

Let's have a look on this story. A soldier after the day of his marriage the very next day he left for his duty. His team was sent to a tribal area near Jammu and Kashmir. The women he married was left back home all alone. In a new house all by herself. He went for a year or more because his duty was on a war zone. So as he reached their he wanted to inform his wife but there was no network the women back home was hopeing for his call but as the cloud's got darker she understood there won't be any calls. After some days her birthday was coming. He knew it but he can not face time her and wish her. Because if he gets busy doing face time our country will be facing bad time.

He wanted to be with her but he can't go it's not like he did not had money but his duty did not allowed any time back home according to his wish. They were in the same time zone but they both just assumed what must be the other person was doing as they can't contact each other.

As the year ends the women was waiting for his man back home. With which she had spend some 24 hrs. Since they got married. She was eagerly waiting for her man. But she don't know how he will be arriving on his legs or on someone's shoulder in a coffin. She don't know what will be on the Door a sweet smiling husband hugging her as soon as the door opens or a lifeless body which she will be hugging last time. They are in a real world long distance relationship and no one's knows it better then them.

Why Is “Social Distancing” A Wrong Term?