Bollywood Songs Of Early 2000s That Still Make Us Groove. 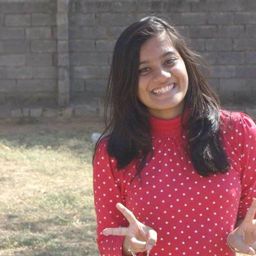 The year is 2005. You are dancing in the hall as the TV is blaring with Bollywood dance songs on MTV. Those were the songs that made us move our hips and tap our feet unknowingly. Every family function or school day function had people from the age of 5 to 50 dancing on these songs.

What made these songs more likable was their easy dance steps. There wasn’t any need to check for dance covers on YouTube then, for such songs. We copied the same steps as the actors in the song, no matter how silly we looked. The effect of those songs is so magical that even to this day, they are a part of everyone’s jam.

Here’s five songs of the early 2000s that will always stay in our hearts.

This movie had a craze of its own and so did the songs of this movie. This particular song has Abhishek Bachchan and Rani Mukherjee dance with background dancers, dancing like there’s no tomorrow. Don’t tell me you don’t remember, “Balle Balle on a Sunday Sunday, Balle Balle”. (Yeah that’s the original lyrics) I’m sure all of us sang our own versions of that song. Mine was “Monday Monday or Sunday Sunday”. Bunty aur Babli had other amazing songs like “Dhadak Dhadak”(dhua udaye re) , “Chup chup ke” (chori se chori) and the iconic 'Kajra re' that we used to die for!

If you did not think or shout “on the dance floor!” after reading the title, are you even a bollywood fan? We still remember the steps of the song. Kabhi Alvida Na kehna was such a confused love story that our childish minds didn’t understand because we were too young to comprehend the concept of infidelity. It would be a sin to only mention this song when the movie has so many iconic love songs. “Mitwa” and “Tumhi dekho na” are still everyone’s favourites, while the title track has some magic of it’s own. How can we forget “Rock and Roll Soniye”?

“Dil ye mera deewana kya, kehta hai ab ghabrana kya”, don’t we all know the lyrics of this song by heart? It’s been more than 15 years that the movie has released, but it still remains our favourite. That was an era where Karan Johar was flourishing. This is one of the very few movies that still make us cry. “Mahi ve” and “Pretty woman” are other amazing songs in this album. If you do not clap twice after someone sings “Kuch toh hua hai”, you seriously need to stop reading this article. This is not for you.

Yes, that’s the official name of the song and not, “Dhum tana Dhum tana Dhumba!” Outrageous, I know! This movie can never get boring. Shahrukh Khan has never looked more adorable. Didn’t everyone just have a crush of Sushmita Sen after this movie? “Gori Gori” and “Tumhe jo maine dekha” are songs that still resonate in my ears. Didn’t every girl dance for “Chale Jaise Hawayein” atleast for once in her life?

Hrithik Roshan showed us his dancing skills for the first time in this song. This debutant who had features of a Greek God, made everyone fall in love with him in the first movie itself. The famous step “tadan tan ta tan” (you know which step it is because you sang that) was invented in this song. Every family function had people dance for this song, dancing the same steps as Hrithik Roshan.

It’s surprising how these songs came out over 15 years ago and are still fresh in our memories. Do you think the songs that come out now will be remembered like these iconic songs?