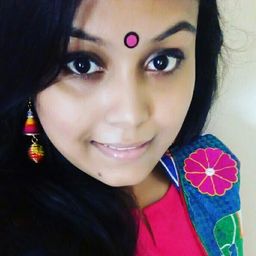 Rett syndrome is a rare and severe neurological disorder that affects mostly girls. This is a genetic brain disorder that becomes apparent after 6 to 18 months of age in females. Symptoms often include problems with language, coordination and repetitive movements. Often there is slower growth, problems in walking and smaller head size. Sufferers may be affected to different degrees. It is usually discovered in the first two years of life

Although there is no cure, early identification and treatment can help the victims and affected families.

Rett syndrome was felt to be a part of the Autism Spectrum Disorder.

Rett syndrome is due to a genetic mutation of the MECP2 gene.This gene occurs on the X chromosome. It develops as a new mutation with less than one percent of cases being inherited from parents. Boys who have a similar mutation die shortly after birth.

Diagnosis is generally based on symptoms and can be confirmed with genetic testing.

The condition affects about 1 in 8,500 females. Andreas Rett a pediatrician in Vienna, first described the condition in 1966. As his writings were in German, they did not become widely known in the English-speaking world. Later, Bengt Hagberg, a Swedish pediatrician, published an English article in 1983 and named the condition after Rett . In 1999, Lebanese-American physician Huda Zoghbi discovered the mutation that causes the condition.

·Brain growth slows after birth. Smaller than normal head size (microcephaly) is usually the first sign that a child has Rett syndrome.

·The first signs also include reduced hand control and a decreasing ability to crawl or walk normally.

·Children with Rett syndrome typically begin to lose the ability to speak, make eye contact and to communicate in other ways.

·Children with Rett syndrome tend to have unusual eye movements, such as intense staring, blinking, crossed eyes or closing one eye at a time. Symptoms also include breath-holding, hyperventilation, forceful exhalation of air or saliva and swallowing of air.

·Children with Rett syndrome may become increasingly agitated and irritable as they get older.

·Loss of skills occur which can be accompanied by a loss of intellectual functioning.

·Most people who have Rett syndrome experience seizures at some time during their lives. Multiple seizure types may occur and are accompanied by an abnormal electroencephalogram (EEG).

·Scoliosis is common with Rett syndrome. It begins between 8 and 11 years of age and increases with age.

·Irregular heart beat is a life-threatening problem for many children and adults with Rett syndrome and can result in their sudden death.

·Abnormal sleep patterns- can include irregular sleep times, falling asleep during the day and being awake at night or waking in the night with crying or screaming.

·A variety of other symptoms can occur such as fragile bones prone to factures; small hands and feet that are usually cold; problems with chewing and swallowing; problems with bowel function and teeth grinding.