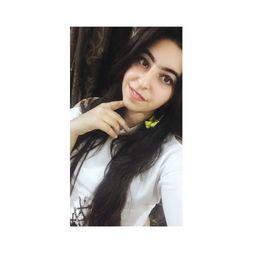 'Without her consent
Against her will
Her body is sold
To those brutal evils.
She's a human,
Not a toy!
You can't take her for granted for your pleasure and joy.'

Sex slavery is rooted in the history of the world. The intercontinental slave trade which is actually the control and exploitation of individuals for money, began with European expansion and exists till date. It is horrifying not only because of the sadistic violence one endures but also because the escape from a life of ceaseless physical and sexual abuse is really hard. This dark world, leaves a traumatizing impression on the minds of the victims and has devastating effects on the trafficed individuals. They may suffer from long lasting physical and psychological trauma to diseases like HIV/AIDS, drug addiction and social ostracism.

This problem is plagued in many countries. The pimps traffic young girls and women on the streets of US. Women and children overseas are being forced into the sex trade and are brought into the United States for the purpose of sexual exploitation.Also, the Islamic state of Iraq and Syria have been reported to have kidnapped large number of women and girls for the purpose of sex slavery. This is evident by story revealed by the Nobel prize winner Nadia Murad, who was an ISIS sex slave. It is far from being an isolated problem. Even in India, thousands of young girls and women are either being kidnapped or sold by their families and are sent to the Middle East as sex slaves.

Do you know, 27 million people are enslaved throughout the world today? Isn't it a thing of shame? And the most surprising thing is, the demand and supply of sex slaves has increased through the years partially due internet and the ease with which the vendors and customers can complete their transaction. There is a dire need of laws and severe punishments for the sex trafficers in order to safeguard the right to life of all those innocent individuals who are forced into sex slavery. Also it is the responsibility of the society to stop such practices for the sake of humanity !

Why Indian Parents Should Give Sex Education To Their Children?