The Impact Of Social Media On Students 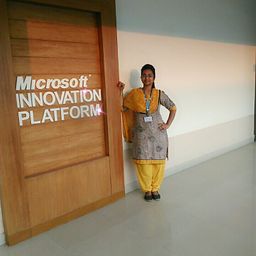 Today the world is influenced enormously by both positive aspects and negative aspects. For example- social media. Social media plays a vital role in our daily life. Everyone is connected to one another in the vast network generated by the Internet. Long ages ago, the communication and sharing of thoughts, ideas and feelings was restricted between people due to long distance and some other issues like nationality and so on.

But all those was overcome by internet. Today anyone can contact with anyone in this world within fraction of seconds. Even those barriers cannot able to stop the flow of information and knowledge nowadays. The world social networking and media permits free sharing of ideas and thoughts. For example - Facebook, Instagram and other such like applications.

Increasing users of social networks:
We humans are social lovers loves to remains in some group and we prefer to follow what this group does. All our culture, beliefs and traditions are the product of this group-oriented facet of human nature. Even our self esteem comes out after this social dependence. This is the main reason why we people like to use social applications, make friends, stay connected and get satisfying all the social needs.

As per the census, the world's number one social network is found to be Facebook and the number of users increasing every year. One of the most interesting things to look at this is the number of student users on such networking sites.
Social sites influencing students:
According to census, about 72 percent of school students and 78 percent of college students use and spend time on social applications like Facebook, Twitter, Instagram etc., These all indicates how much student community is involved in this virtual world of social networking. Actually, there are many reasons why students love to spend time socializing.
Reasons like:

Although many students suffers a lot from their social data usage. Using social media to cope with academic activities can be a good outlet. Yes, there are few positive aspects like this also. Same social media allow students to exchange class material which helps in academics.
Anyway, social networking is mainly considered to be a huge distraction to students. All the benefits and causes of a networking sites depend upon the way how an individual use it.