Birds Of A Feather Fly 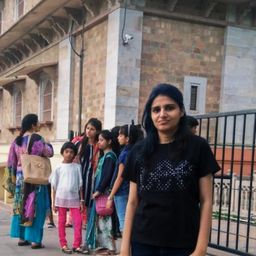 Teenagers are more influenced by their peers than by adults.
The teenagers like the birds in the above adage behave in a similar fashion, and are hence more influenced by their peers rather than by elders. This is quite natural, for the teenagers mind is impressionable and hence is driven away by their mates in school or college. So great is the influence, that there is a perceptible change in the behaviour and personality of the teenager, as soon as they enter college. They try to emulate the peers in dress, hairstyle, clothes, language and even behaviour, thereby transforming their personality.

Being in the same group, class and social class status, they directly relate with them; Often idolising the peer, as their role model. On the other hand the adults, are perceived as stern, old fashioned, outdated and hence irrelevant. This is on account of the generation gap, that exists between today`s youth and elders. Since they spend most of the time with the peers it is quite natural for them to imbibe the values, culture and the behaviour of the group. They often succumb to peer pressure and do things that they would not normally do like smoking, abusing etc. the influence can be good or otherwise, depending on the peer group they join.The influence of peers is also greater as teenagers feel more reassured in their company. This is contrary to the awkwardness they feel when interacting with adults.

Shrewd market menexploit this behavioural characteristic of teenagers to promote sale of products targeting them specifically. Thus we find products like motorcycles, dresses and even life style products being endorsed by their peers or icons. Such endorsements soon become a craze with the teenager. This in itself is ample proof of the profound influence of peers on them.

One can therefore safely conclude that teenagers today are more influence by their peers, than by adults. This influence increases with materialistic values permeating the society. It is because of this parents ensure, that their wards have the right peers in school and college, so that they do not stray in life.Birds of the same kind are often seen to flock and fly together. Those of the same kind only flock together. A swallow would not be seen to join a goose and vice versa. Some special kinds of birds which cross the seas in search of warm regions go in flocks. This is because a bird can be comfortable only in flock of its kind. This is the case in human beings also. Those with similar tastes and interests often form groups and associate with one another. They might not be feeling comfortable in a different sort of company. In order to form a lasting friendship, people must have tastes and outlooks which they share in common. A person’s character can be assessed by the company he keeps. If he moves in a circle of drunkards, he will most probably be a rogue. If he moves among a circle of refined men, his civility is also likely to be enhanced. Likewise bad company can spoil his character to the utmost if he moves among them.