How To Be An Successful Entrepreneur? 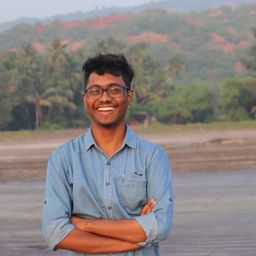 Entrepreneur’s dictionary meaning is, ‘A person who set up a business or businesses by taking financial risks for profit’.

But in simple words, an Entrepreneur is a person who solves problems.
So if you guys are wondering is there any way we can be that person? Then there are no such golden rules to be an entrepreneur rather it’s a process. But there are some points you should know to become an entrepreneur:

“Never forget what you are. The rest of the world will not. Wear it like armor. And it can never be used to hurt you”

So to be a successful entrepreneur you have to know yourself. You have to understand what are your strength and weaknesses.

Identifying yourself might be the first thing you can do to start with.

Find a problem to solve

So the most important thing for an entrepreneur is to have a great Idea.
So you must be thinking, everybody has a great idea then why they weren’t able to be that person?

It’s because for a successful business you don’t just need a great idea but you need an idea which solves the problem.

For example, when Uber founder Garrett Camp spends hundreds of dollars on hiring a private driver, he wanted to reduce this transportation cost for others who also spend a lot of money on transportation. So he came up with the idea of sharing, so people can afford transportation. This solves the common people’s problem of waiting for hours for a cab and also saves their money.

So that’s what it needs. An Idea which deals with the problem which others are facing.
So to all future entrepreneurs find out the problems and invent ideas to solve them.

if we fail to plan we plan to fail.

Planning is everything. If you start with a good idea but without the proper planning it is as same as starting with nothing. You can plan your way ahead but to plan ahead you need a plan. So it’s all going to circle around and coming to one point proper planning.

This is the most important step for becoming an entrepreneur. You have an idea, you have a plan but if you don’t act on these then what is the point of having all these? Execution on your plan will put life in your startup Idea.

A person should always have goals in life. And in case of entrepreneurs, not just the goals but the targets which he wants to complete within a certain time period.

Goals work as a remainder in an entrepreneur’s life. It reminds him/her what he/she has to do after he/she achieves a specific goal that he/she set for himself/herself.

Be Ready to Take a Risk

You have to know that there is a risk in everything.

So always be prepared for the risk.

It’S Okay Not To Have A Plan

The Butterfly And Her Wings