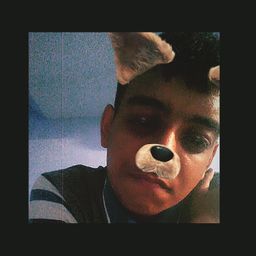 Our society believes a man can be a ‘Real Man’ when he puts his masculinity on display. A real man doesn’t anymore mean a person who dominates a woman, chases a woman down the street, derives power from being rich or tries to win over a woman. Sorry, but the rules to be a real man and his masculinity has been changed forever ago.

A real man is genuinely confident and doesn’t try to be someone else. He is what he is and doesn’t flow away with unnecessary trends. He knows that being shy and nervous doesn’t build up his personality. He is physically and mentally strong from his core to protect his family. He tries to develop the best version of and be true to himself. Strong body with muscles, perfectly carved jaws, wardrobes full of expensive clothes or high position in a society doesn’t make you a real man. Your deeds make you a real man and not your appearance.Males, these days, try to derive their masculinity by copying the actors in the movie. A man with a great sense of fashion, money in his wallet, rich family or the capability to fight with a gangster to save a woman doesn’t appeal to us for God’s sake. Don’t even try to carve your personality like that in movies. Most women are interested in a guy who is great from inside irrespective of his outside appearance. It’s not always about looks, money, and status. Real men aren’t arrogant or prideful. They carry themselves with grace; they’ll never be the first to boast about their achievements.

A real man is mature. He can take care of himself and is ready to take the burden of responsibilities. He understands the importance of money and knows how to handle it rather than spending it uselessly. A man is mature when he understands the capability of a woman and that she isn’t any less than him and also that he is no one to dominate a woman. He knows when it’s time to mature and grow up. A real man takes up the responsibility of his parents, partner, and children and stay with them in every crisis rather than abandoning them. He is mature enough to stand up against the wrong for him and others. When he takes every criticism as a chance of introspecting, he has grown internally. A real man matures when he knows how to prioritize things in life and that materialistic things are always secondary to the values he learned in his life.

Real men are emotional. “Boys don’t cry” is dead and gone. It wasn’t true ever. They show their true hearts to their loved ones and fight for their love. They express their feelings and talk about the hard stuff rather than choosing not to. Crying doesn’t make you less of a man. A real man is more sensitive, compassionate, tender and emotional. A man may not express his feelings like a woman but we can’t ignore the fact that a real man has feelings and is emotional too.Listen up society, men can cry! A man who cries isn’t weak but real.

It’s the time to avoid the false trap of masculinity to be a real man.