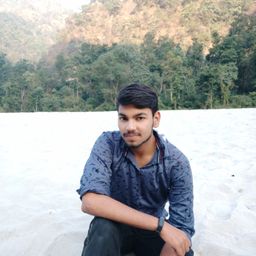 Indian culture is as versatile as life is. It takes account of the aesthetic instinct as well as the spiritual impulses of human beings. It has also, in effect, an appeal to the subconscious as a force of making the formation of a character.

Look at the map of India and you will find, India is a vast country with a lot of diversity in her physical and social environment. We can find people around us who speak different languages, practice different types of rituals and have varying features. You can also see these diversities in their food habits and dressing patterns. Besides, look at the varying forms of dance and music in India. However, among all these diversities, there is an underlying unity which acts as a cementing force. The intermingling of people has been taking place steadily in India since centuries. A number of people of different racial stock, ethnic backgrounds and religious beliefs have settled down here.

Many great cultures have developed in different countries and regions of the world. Many of them have perished or have been replaced by other cultures. However Indian culture has had an enduring character. Despite major changes, significant threads of continuity can be traced throughout the course of Indian history right up to the present day.

Some aspects of Harappan culture such as the Worshipping of Mother Goddess and Pashupati are also practiced even today.

A remarkable feature of Indian culture is that along with continuity, it has kept on changing whereas the basic spirit has always remained the same. It has also kept on removing facts and traditions which were becoming irrelevant in the modern age.

In our long history, there have been periods of both ups and down. As a result, movements have grown and reforms brought about. The reform movements in the Vedic religion brought about by Jainism and Buddhism in sixth century BC and the religious and social awakening in the eighteenth and nineteenth centuries in modern India are a few examples when revolutionary changes were brought about in Indian thoughts and practices.

Hence the process of continuity and change has always been a feature of Indian culture which shows how dynamic the culture of India is.