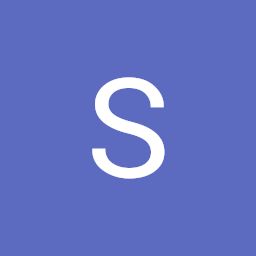 Prophetic dreams basically mean the kind of dreams that are used by God in order to make the people aware of the incoming dangers or in order to help them to reach places where they can be saved from danger. The Bible contains a lot of information regarding the prophetic dreams. There are many people who have even experienced these kinds of dreams during the older times, but nowadays, most of the people do not believe that it is hoax. Considering all of our dreams, it is very difficult to take any decision just after viewing the dream. Moreover, if the same incident happens as we saw in the dream, it can even be a mere co-incidence. If we talk to the scientists regarding this phenomenon, they deny by saying that such things do not exist. Rather, scientists say that if we see a dream, we tend to follow the same path as suggested in the dream which makes us think that the dream has come true. So, it is all a game of thinking. Another argument by the scientists is that we generally tend to forget our dreams very easily. So, sometimes we ourselves edit our dream in such a manner that it matches the existing situation. Scientists argue that it is not some magic, but all this is due to the fact that our subconscious mind generally works faster than the conscious mind. So, our brain collects the information regarding all the events that are happening and therefore, it is possible that sometimes our dreams show us the events that are going to happen in future. These kinds of dreams, called the prophetic dreams generally give messages about the upcoming dangers, accidents, wars, assassinations, solving lotteries (as seen in the Hindi movie ‘Fukrey’ etc. There is a record that in the past, such dreams have also helped in solving many kinds of crimes.

The sinking of the Titanic was also seen in the psychic dreams of some people and around 19 of them have been confirmed. A letter was found with a date stamp on it which confirmed that some people already knew that such a disaster was going to happen, but nobody believed them because the Titanic was named as ‘unsinkable’. The same happened in the case of the death of ‘Abraham Lincoln’. He had a dream regarding his own death about 2 weeks prior to his death and he told the same to his wife.

There are a lot of prophetic dreams that a person can see:

1.Accident: It is believed that if we see an accident in our dream, we should stay away from the situation that led to it.

2.Dreaming of a crying baby can mean that some obstacles are going to come your way.
3.Dreaming of smiling faces can mean that we are going to have some profits in the near future.
Similarly, there are many kinds of dreams that we see, but it is not necessary that all of them indicate us something. As already discussed, we might sometimes make up our dreams according to our wishes.

The Psychology Of Dreams