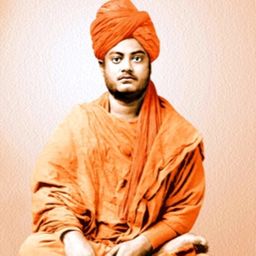 It was not possible for the British to immediately make use of its colony, India and many other countries for its investment and economic purposes. Even before that, it had to knock down the foundation of the feudal system in the Indian society. Only after that, they could bring in their aspects of capitalist economic system. Owing to the growth of modern industries and developments in transport and communication, new classes have sprung up consisting of people like capitalist class, worker’s class, transport workers, agricultural labourers, contractors, etc. Due to the British influence on India, changes took place not only in the economic field but also in the social structure.

The British after establishing their colony and expanding it systematically started their rule. During their rule there were serious effects on different parts of India. The British by their ‘Divide and Rule Policy’, ‘Doctrine of Lapse’ and ‘Doctrine of subsidiary alliance’ were able to effectively exercise their control over India. The primary motive of the British was to make profit than bringing in administrative reforms. So, they introduced many novel practices of increasing collection of tax on land. There were many instances of protest against the establishment of British rule in India. The wars fought by the Great kings against the British were all in their own self interest.

After the first war of Independence in 1857 many changes and effective reforms were brought in. Improvements in Transport and Communication, journalism, establishment of organisations and changes in administration involved people and employment.

The declaration of the British Government on the 3rd of June 1947, based on the report of Lord Mountbatten formed the basis for the creation of two independent countries named India and Pakistan. Although Indians were not in favour of two separate nations for Hindus and Muslims, it was inevitable due to the ‘Divide and Rule Policy’ of the British. Many problems cropped up along with Independence. Many problems like rehabilitation of refugees, communal riots, formation of Government, integration of various provinces, production of food , development of agriculture, growth of industries, etc had to be dealt with.

“Independence must begin at the bottom. Thus every village will be a republic of panchayat having full powers. It follows, therefore, that every village has to be self sustained and capable of managing its affairs even to the extent of defending itself against the whole world” MK Gandhi.

According to Gandhi, village democracy would be decentralised political order, in which people would know each other personally, socially and politically. Village panchayats will therefore play an important role. Their members have to be elected directly. Voters have the qualification of manual work whose importance was always emphasized.

The development techniques that the Indian government adopted after Independence enabled only urban development. Industries developed in the cities and the cities expanded. However, rural industries started getting extinct and the villagers or people living in rural areas began to migrate to cities. Due to liberalization and globalization, the industry and service sectors which made use of the latest technology, expanded very rapidly. The job opportunities in these sectors are available mainly to the people living in urban areas. They enjoy ultra-modern lifestyles.

Poverty has increased among the villagers or people living in rural areas who depend primarily on agriculture. One third of them live below subsistence level. Under the onslaught of modernization, rural cottage industries are vanishing unable to withstand the competition. Though 60% of the people work in the primary sector, the contribution from this sector to the national income is very low and is reducing year by year. Due to this, the gap between urban and rural areas is increasing gradually. If this imbalance has to be got rid of, and over-all development of the country has to be achieved, there is a dire necessity of developing the rural areas first.

Whatever may be the mode of administration, the system is corrupt to the core. The sanctioned money is failing to reach the people. Assuming that nearly 60% of the sanctioned money is being held in the form of corruption. This is the fact and truth known by all. People in society are not asking for huge projects, free rice, free electricity supply etc but are asking for "a change ". A change in the administration, a change in politics and a change in the political system. Until and unless corruption is curbed development is not possible. Then and now what is the difference, even till date there is class struggle that needs to be solved.