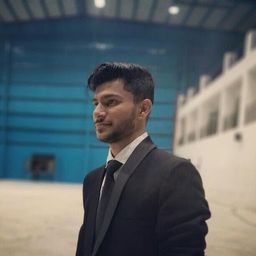 Despite constitutional provisions against child labour, a large number of children continue to be exploited under hazardous work conditions. Poorly paid for long hours of work, they have to abandon their studies to support their family at an age when they are supposed to just play around and have fun. They are made to forego all the joys of childhood by a cruel and ruthless world.Rural areas employ the largest number of child labour. In urban areas, they work in dhabas, tea-stalls and restaurants, and households. They are shamelessly exploited in the unorganized sector as domestic servants, hawkers, rag-pickers, paper vendors, agricultural labourers, and as workers in industrial concerns.

Sometimes, children are employed against a loan or debt or social obligation by the family of the child. Generally, they are forced to work assisting their families in agricultural sector, brick kilns, and stone quarries. In urban areas, children of migrant workers mostly belonging to low caste groups such as dalits or marginalised tribal sections are pledged to work in small production houses and factories. Bonded child labourers are particularly subjected to mental, physical and sexual abuse, sometimes even leading to death. In Orissa, people sell daughters, eight to 10 years old, as maid servants to the creditor in order to clear their debt.

Child labour is inevitable in a country like India where over 40 per cent of the population lives in conditions of extreme poverty. The children have to supplement their parents’ income or in some cases, they are the only wage earners in the family.

Another reason is that vested interests deliberately create child labour to get cheap labour as a factory hand, a domestic servant or a shop assistant.

Children often work in dangerously polluted factories. They work for 9 to 10 hours at a stretch including night shifts. No wonder that a large number of child workers have sunken chests and thin bone frames which give them a fragile look. They are made to work in small rooms under inhuman conditions which include unhygienic surroundings. Most of these children come from extremely poor households. They are either school drop-outs or those who have not seen any school at all.

Child labourers run the risk of contracting various diseases. They are vulnerable to exploitation by all. There is no strict enforcement of laws against child labour, so, employers continue to circumvent the provisions of the law in the full knowledge that the child workers themselves will not dare to expose them.

The authorities should incorporate a provision for surprise checks and establish a separate vigilance cell. Employers should compulsorily take steps for the intellectual, vocational and educational well-being and upliftment of a child worker.

We need policies which try to alleviate poverty and inequality as they can have a significant and decisive impact on economic conditions and social structures that have a bearing on child labour. Such initiatives may incorporate agrarian reforms, employment-generation programmes, use of improved technology among the poor, promotion of the informal sector and creation of cooperatives and social security schemes. Also required is effective enforcement machinery to punish the violators of laws. Labour-inspection and related services need to be strengthened.