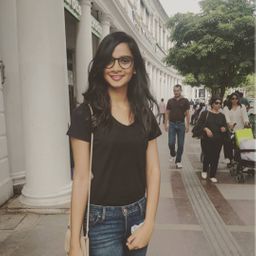 All types of abuse leave a lifetime of scars; they are heinous, personally damaging and unfortunately, beyond just stony silence, harsh comments, black eyes and not knowing whether there will be dinner on the table tonight. We live in a society where abuse of children is normalized and wickedly accepted because we believe that our guardians own us and can do whatever they want to do to us because they always know better. We turn a blind eye when we see watchful yet excessively withdrawn kids with unexplainable bruises, cuts and welts, who might be wearing ill-fitting clothes, maybe even unbathed, matted and unwashed. Even when we avoid denial, instead of reporting to the police, we get trapped with questions like ‘what if I break someone’s home?’, ‘Should I be interfering in someone else’s family?” or with doubts of safety such as ‘They will know it was me who called’ or ‘What I have to say won’t make a difference’ even though if we are unaware of the whole picture, even a minute sign that we notice can help identify a pattern that might have otherwise been overlooked.

Psychological maltreatment, neglect, sexual or physical exploitation of a child that brings harm to a child’s health, welfare and safety is defined as child abuse. It compromises with a child’s dignity and development and in extreme cases, may even result in death. Hitting, beating, kicking, shaking, biting, strangling, scalding, burning, poisoning and suffocating are all indicative of a lack of warmth from the parents and caregivers. Several adults, in blind rage to establish authoritarian control force ingestion such as washing children’s mouths out with soap or making them to swallow hot spices along with compelling them to stay in uncomfortable positions for hours.

Spurning, terrorizing, isolating, exploiting, corrupting, denying emotional responsiveness can also make children believe that they are worthless, flawed, unloved, unwanted, endangered, or only of value in meeting another's needs. Victims of emotional and physical abuse can result in overly passive behavior, learned helplessness, disrupted attachment development, a tendency to self blame as well as suicidal ideation.

Sexual abuse refers to the participation of a child in a sexual act aimed toward the physical gratification or the financial profit of the person committing the act which is a widespread social evil in India. In India, a child is sexually abused every 15 minutes, according to the latest government figures. According to a 2007 study conducted by India's Ministry of Women and Child Development, 53% of children surveyed said they had been subjected to some form of sexual abuse.

Burdened by major impairments in self-care, cognition, memory, identity, and in the capacity to form stable relationships, a victim of child abuse has no other recourse but to shut down. With a twisted comprehension of independence and intimacy, they cannot afford to feel the entire range of what happens to them during abuse- pain, outrage, hate, vengeance, confusion, and arousal. So often their experiences denied, trivialized, or distorted.

Child labor and trafficking, forced adoption, gender based violation against girls, infanticide, female genital mutilation, child marriage and violence on infants based on superstitious accusations have been widespread evils in our country. Children in India are often highly reliant on their parents and elders; they continue to have submissive and obedient roles towards their parents even after they have moved out of their parental home. This belief that parents and family are the only caretaker of the child has proved to have harmful effects on child protection laws and strategies. Abuse is often a hidden phenomenon especially when it happens in the home or by family members in our country.

With an increasing incidence of child abuse, India needs both large scale interventions and legislations to address this problem. Laws that prohibit child maltreatment need to be enforced and perpetrators held responsible through prosecution. In sum, it is important to consider the cultural context and unique challenges such as poverty, crowding, poor living conditions, children residing in the street, and some lack of enforcement of child labor laws related to child abuse and the protection of children in India. Understanding risk factors such as poverty, living environment, and family dynamics is an important part of strategically delivering education about abuse against children and reducing the occurrence of child victimization.