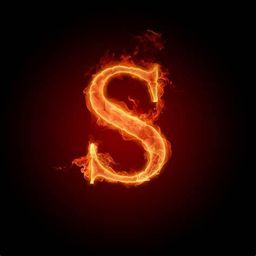 In this busy world, everyone finds their own ways to exhibit their talent to people. As youtube is certainly a 21st-century sensation many people use it as the best platform to show the best of their abilities. Nowadays young people have become so smart that they use this app in a very simple way and earn a lot. For two years in a row, a Variety survey of teenagers found that they preferred YouTube stars over traditional celebs. These influencers became so popular in recent times that they are receiving a lot of subscriptions to their channels.

Here are a few famous "YOUTUBE STARS" who got a lot of appreciation from people for their work and creative thoughts.

The superwoman is none other than Lilly Singh who is a Canadian YouTuber, comedian, television host and an actress. She was ranked 10th place on the Forbes list of the world's highest-paid YouTube stars. She earns $10.5 million. Lilly Singh was born and raised in Scarborough, Ontario. Her parents, Malwinder Kaur and Sukhwinder Singh, are originally from Hoshiarpur, Punjab, India, and she was raised as a nonobservant Sikh. She has an older sister named Tina Singh, who is also a YouTuber. As a child, Singh has said she was a tomboy. She made her videos by framing the situations at her home. As her parents are from Punjab she faced situations that are different from the culture she was present there. She decided to make videos of her own life scenes and show it to people to entertain them. Punjabi culture is frequently portrayed in her videos. Lilly has a fan following of over 30 million people across all social media platforms. Her most popular video is How Girls Get Ready and her most popular series features her fictional parents, Paramjeet and Manjeet, both played by Singh herself, reacting to trending and controversial videos. She also frequently collaborates with celebrities on her videos, including Dwayne Johnson, Selena Gomez, Seth Rogen, James Franco. Her net worth is increased to $16 million by 2019.

She is a YouTuber, Fashion Blogger, and an Actor. She is an Indian YouTuber. She became famous for her Fashion Bloggs and her tips to get ready in a trendy way by accessorizing with proper jewelry. In her blogs, she also tells us how to shop the best clothes with minimum budget. Her fashion sense and her passion for her work impressed many people. She started her YouTube channel in February 2014, she has gained more than one million subscribers and over 100 million views.

Her youtube channel is Sejal Kumar. While on her first internship trip to Turkey, Kumar casually uploaded her first video called "summer style turkey". Since then she has created more than 350 videos on her channel. Her mother, father, and friends also appear along with her in some of her videos. Her videos are usually centered around fashion, especially for college-going girls. She is known for her eponymous channel's content. She has gained popularity there for her frequent fashion tutorials, including Getting Ready with Me's, Style Lookbooks, DIYs and daily routines. In 2019 her net worth is estimated to be $100k.

He is the one who started PewDiePie.He is from England, United Kingdom. Kjellberg became the most-subscribed user on YouTube, being briefly surpassed in late 2013 by YouTube Spotlight. He is probably the most well-known YouTube influencer, at least in the gaming space. He has nearly 55 million subscribers and well over 10 billion views. PewDiePie vlogs about video games, which is a particularly popular category on YouTube.Kjellberg's most noted YouTube content includes his Let's Play-style video game commentaries, particularly of the horror genre. His content has been praised as genuine and unfiltered but also received as abrasive, and in some cases, met with controversy. As a result of an early 2017 controversy regarding allegations of anti-semitism in several of Kjellberg's videos, Maker Studios – the multi-channel network (MCN) he was signed to – ended their partnership with him. Moreover, his videos were liked by young people who are much involved in games. In 2016, Time named him one of "The World's 100 Most Influential People". In 2019 his net worth is $20 million.

It is an American comedy YouTbe channel by Anthony Padilla and Ian Hecox. The company made some shows of their own such as Every Blank Ever and The Big What If. In 2002, Anthony Padilla had created a website named "smosh.com" for making flash animations, and he was later joined by his friend Ian Hecox. Since 2015, however, they have been in a position to use actors in their videos. As of March 2019, the Smosh channel has over 8 billion video views and over 24 million subscribers, making it the 38th most subscribed channel on YouTube.Smosh is one of the more-established YouTube channels, having been around since 2005. The first video they uploaded in 2005 was on a Power Rangers theme. The video that made their name was a Pokemon themed one, which set YouTube records before it was taken down by Nintendo's Pokemon Company for copyright reasons. The work of two friends who are actually Top YouTube Influencers themselves with a number of different channels.By 2019 their net worth is estimated to be $12.5 million.

Jahnavi Dasetty is most popular for her channel Mahathalli. She is a South Indian and lives in Hyderabad. With more than 300K subscribers to her Youtube channel Mahathalli, Jahnavi is a busy young lady of 25. he is graduated from NIFT. After freelancing as a fashion merchandiser in Mumbai,she couldn't find perfect platform to exhibit her talent and skills. Actress Jahnavi Dasetty has started to dwell into presenting funny situations in a video format of 5-7 minutes.

Jahnavi associated with director Harish Nagaraju with a couple of short films in Telugu where he discovered her talent and casted her in ‘Mahatalli Mahanubhavudu’ which also received great response unanimously.She knows its not a cake walk for her, but shestrived hard towards it. She may not be one of the top youtube start but she tries to do her best in whatever videos she make. She is the First Female YouTube Star From The Telugu Land.

These people are famous only because of their work and passion. They follow few things in their work that helped them to reach great heights.

1. Picked topic of their interest
2. They Focused on Quality of the Videos not Quantity.
3. They started as a YouTube Micro-Influencer by Creating Small Community.
4. They follow the Trends and Create Videos based on Trends.
5. They tried to Build Huge Subscriber in their channel.
6. They started doing Sponsorship, Endorsements, Product Placement for Brands.
7.They started doing Influencer Marketing by Joining on Influencer Platforms.

So these are the most trending entertainment available for people. As most of the people love youtube these creative stars found their smart and easy way to do their best just by sitting at home and making videos with a single dslr without any sets or decorations or by spending a huge amount.

Dropout Made Him A Video Director -Harjaspreet Singh