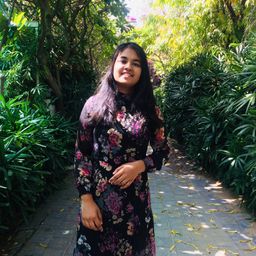 Arguably the largest and the most controversial online media company in existence.

Plausibly, you have never even heard of this alleged breakthrough media company, but if you’re a habitue of platforms like Youtube, and Facebook you must be more than familiar with the likes of 5-Minute Crafts, (ring a bell?) 123 Go!, and Bright Side.

Hold on; now these are just 2.14 percent of the channels owned by TheSoul Publishing. This fact here is impressive in any given argument. So the bordering question now is, what it is about TheSoul Publishing that continues to baffle the majority of people?

More than 75 percent of this company’s channels remain unidentified (or mysterious on a more dramatic note), but it still manages to garner a monthly view count of hundreds of millions! The oldest of the identified Youtube channels under TheSoul’s umbrella was started just a little over four years ago in 2016.

In the time frame that most creators and companies require to just shape a base, 5-Minute Crafts stands with a notable view count of over 20 billion and a subscriber count of almost 73 million. These numbers are incredible and somewhat suspicious at first glance.

But in reality, this all is a carefully thought of and strategized business plan.

How Exactly Are They Doing This?

TheSoul Publishing is all about manipulating the algorithm and showing the viewers what they want to see, truth or not.

A large part of their content is arguably clickbait, from unrealistic skits, and contradicting scientific facts to carefully orchestrated titles for videos, they’ve got everything on point when it comes to pleasing the algorithm.

Every title is framed to fit the algorithm formula, by combining random numbers, clickbait phrases, and relatable situations- the key to appearing on everyone’s recommendation list and making way to numerous search results.

Then how are they still garnering millions of shares and views on each video?

Result of a continuous cycle of fascinating viewer’s minds and subconsciously pushing them into sharing those videos which of course favors the platform like Youtube or Facebook. In return, the algorithms encourage these videos, boosting the impressions. Impressive.

The controversies and backlash surrounding TheSoul Publishing are never-ending. Ever since its overnight success, the independent creators on the Youtube platform are questioning the ethical value of the platform.

While analysts argue about the brilliance of the company’s business and market plan, those on the platform are unhappy with the biased promotion of these mass-produced and borderline dangerous videos.

Creators are arguing that these channels are continuously and recklessly spreading false information about food science and promoting dangerous activities on channels meant for kids and minors.

For instance, a clip showing the outcome of bleaching a strawberry vent viral without any warning against consumption and was reused in several of the channel’s other videos.

Food scientist and expert baker, Ann Reardon has taken on to debunking the false hacks and information spread by these content farms. She is continuously adding onto her debunking series and urging Youtube to take actions as a lot of the hacks suggested in these videos can be dangerous and even deadly.

The answer is quite simple, these videos are bringing in millions in Ad-revenue alone. The platforms will keep favoring these content farms by finding loopholes in their own policies.

Not a lot is known about the origin of TheSoul Publishing but a fact that remains at the top of every article ever written about them is that they’re based in Cyprus, Russia. The founders Pavel Radaev and Marat Mukhameto started the company back in 2003 and it eventually turned into an entertainment-focused company.

As expected, xenophobic prejudices in a major part of their foreign audience have led to speculations about their hidden political agendas. TheSoul Publishing has cleared these theories and clarifying that their purpose is making fun, non-political and entertaining content.

But in the last couple of years, channels under TheSoul Publishing aiming at teaching History to children have taken on a pro-Russian paradox, often accompanied with inaccurate information.

A (now) deleted video on their channel Smart Banana, received severe criticism for spreading misinformation about Ukraine being a part of Russia and over-glorifying the role of Stalin. The video also allegedly claimed the possibility of Russia taking over major parts of Europe in the coming years.

Coming forward, TheSoul Publishing took down the videos and admitted to them containing inaccurate information.

Another instance that fueled the speculations of their political propaganda was a video listing the USA as one of the 12 Countries That May Not Survive In The Next 20 Years.

Their reasoning? (according to the screenshots captured from the video) Diversity in political ideologies.

Where Do They Stand In The Coming Future?

They have successfully monetized every step of the content creation funnel while maintaining a low production cost. From the outlook of this media company’s portfolio, it looks like they are aiming towards establishing a monopoly in the mass-produced, sharable content market.

If the platforms themselves don’t update their policies and algorithms to accommodate content creators, there could be a massive shift in the content-creation trends. Analysts suggest that new platforms designed to support these creators may just take the front seat in the coming decade.