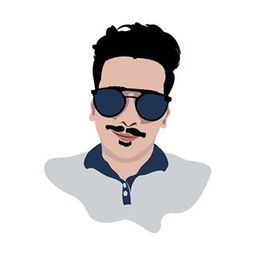 Lucky A.K.A Lucky Gupta is a social media influencer, he is the biggest influencer in Jodhpur city. He is 21 years old, he was born on 28 Dec.

Day by day his passion for being famous is increasing, to do something to create his presence on the internet.

His journey was started when he joined his first company and started working as digital marketing experts, by that everything is changed in his life, he decided to earn their audience expect wanted them.

So with his one-year job experience, he wrote a book on him, titled “How I become a Growth Hacker”

When he published his book, it’s become the most rated book with 5-star ratings in his region. So he decided his career as a writer.
Currently, he started writing books to help people with their problems, because he is digital marketing expertise, he choosed his filed and start writing.

As I mentioned before he is also is known as an influencer because he always trying to spread awareness throw his social media platforms.

As his support, he and his friend Rohit Nimbark started a Youtube Channel called Shri Balaji Studio, which becomes the first youtube channel who got their first silver button in town, recently as a report from social blade they’ve crossed 156K subscribers.

Also, Lucky Gupta got featured in a Wikipedia article.

As his writing habits he is also writing quotes, his recently written quote is

If you’re with me in my bad time, Definitely, My good time will be yours.

An Interview With The 1st Youtuber Of Junagadh