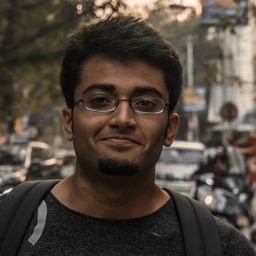 Many of us have heard of the mysterious, world-dominating secret society known as The Illuminati. But the reality is often distorted in front of the common people. The Illuminati was actually a society based in France which had supported science and practical philosophy founded by Adam Weishaupt on 1st May 1776.

The society, however, has disintegrated due to all of the known followers being dead or having no next of kin. However The Illuminati look like children compared to the oldest secret society of Earth- The Nine Unknown.

The History Of The Nine Men

The norm of having a secret society is largely credited to the Western countries however the oldest society in humanity is actually from India. The legacy of the society was born when Emperor Ashoka conquered the region of Kalinga. When he conquered Kalinga he saw that the bloody battle took the lives of 100,000 men. This shook his morality and made him question about his purpose as Emperor, thus vowed to use intelligence for the benefit of mankind and not for plotting the demise of their enemies.

Their Role In The World

In Mundy's book, he wrote that the society had 9 members who were responsible for the safekeeping and improving upon a book which contains the secrets of a particular subject.

The identities of the Nine Unknown Men are only possibilities but some of them are the Founder of ISRO Vikram Sarabhai or Pope Sylvester II, who unlike normal religious leaders was actually a supporter for the laws and logic of science and presumably used the religious position for power. Knowledge is a source of power and will continue to be the source for eternity.

Kriti A
Kriti A
55 views