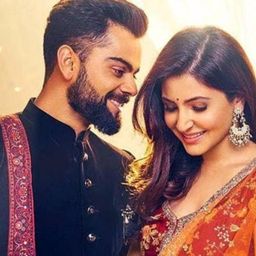 We are living in 2019 and 21st century and the world is progressing rapidly. Human beings are going places with innovation, technology, and science. The very idea of humanity is witnessing a huge shift and this time is about equality, gender rights and justice for all. The age-old debate between sexes is still going on and we are still fighting over superiority between men and women and recently the atmosphere has been vitiated by certain events and incidents.

The recent debate and topic about feminism intrigues me. By all accounts, any common and civil man knows the definition of feminism and he respects and supports it wholeheartedly. This generation is aware of all the issues and is quite adamant that women are as good if not better than men and we are seeing the change happening right in front of us.

Let me start with the very basic definition of feminism... it's the advocacy of women's rights on the grounds of equality of sexes. These days we hear about feminism and women empowerment a lot. Although both are different, they coexist and support each other. I am so happy that there is more focus on these issues these days. But recently I came across a few articles that made me realize that a lot of people call themselves feminists without actually knowing the true meaning of feminism. Let me tell you an incident I was watching an interview of a female actress and she spoke about some of the issues she faced by few men in her life and she finished the interview by saying " I am a hardcore feminist. I hate men." (The men in her life who caused her trauma definitely deserve severe punishment but why should we generalize and put all the men in one bracket).

According to feminist.com, feminism is "the movement for social, political and economic equality of men and women." Men and women are different biologically but that does not mean that we are not equal. All feminists want is equal respect, equal opportunities, equal choices and equal responsibilities. Feminism is never about gender dominance but unfortunately some people without knowing the true meaning of feminism are promoting it in a bad way and this gave birth to a new wave of feminism called PSEUDO FEMINISM.

Now what is Pseudo feminism? Pseudo means fake or not genuine. Now what this is promoting is female supremacy and hatred for men. It is not about equality but more about revenge.

So let us now understand about the differences between the two - Feminism and Pseudo Feminism :

# Feminism is fighting for equal rights alongside men. Pseudo-feminism is blaming men for all the problems.

# Feminism is recognizing that both men and women are victims of sexual assault, and it is traumatic for both. Pseudo-feminism is the stupid belief that men cannot be raped, or that they cannot be traumatized by it.

# Feminism is inclusive. Pseudo-feminism is usually not..

In conclusion Feminism is a concept which is accepted by all rational and educated men all around the world but when women in the garb of feminism attack men and indulge in character assassination than it is not a level playing field. In Indian culture, many goddesses have been women and we pray and look up to them in times of difficulty. I believe in equality, gender justice but those who propagate pseudo feminism are doing more harm than good and please, for Christ’s sake, not all men are terrible. There are people who will always rise and stand up for championing the rights of women and women have to accept that to make a change in the society. First, they have to realise that men are not evil and the universe also has a tiny amount of good people.

Feminism is a birth right and nobody can take it away from women. If we want to live in a peaceful society, then women will have to be given their due. And, when I say this, I am not a supporter of Feminism, but I say this as a Human Being.