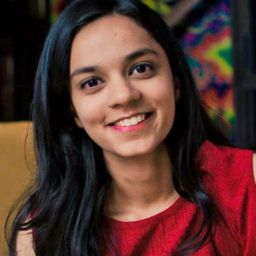 The problem of evil refers to the challenge of reconciling belief in an omniscient, omnipotent, and ambivalent god with the existence of evil and suffering in the world.

The problem may be described as experientially or theoretically.

We all have two sides like a coin, one is the dark side and the other being the light one.
We all are flipping our sides sometimes intentionally and some times unintentionally.
The people who let their darker side rule over are the ones termed as evil!

What actually are Evil Deeds?

Disfigured face of a girl because of the acid thrown on her face for rejecting a senseless proposal.

Large scale destruction due to an order of the selfish minister.
Rape of an innocent.
Molesting of a 16-year-old girl.
Killing innocents in the name of god by terrorists.
And at last killing 59 billion animals each year!

for what?
Satisfying our hunger.

So, nothing can excuse away evil activities such as these.
No appeal to cultural differences can excuse the acid throwers.
No pursuit of political agenda and belief can verify the actions of a minister.
Last but not the least Killing of animals for hunger satisfaction?
The most unjustified!

Evil is very real and it is very important to call it by its name.
It is true that evil is not the human but the upbringing.
Evil are not the actions but the thoughts.

The Dark Arts are many, varied, ever-changing, and eternal. Fighting them is like fighting a many-headed monster, which, each time a neck is severed, sprouts a head even fiercer and cleverer than before. You are fighting that which is unfixed, mutating, indestructible.- Professor Snape!

In other words: we can’t curb evil at once. It’s very unreasonable to even think to stop evil and eradicating it completely is possible. Evil isn’t like a disease that spreads through contact. It happens all over the world, spontaneously and is spread all over, there’s such a vast number of actions that are evil!

Can you stop anger? Sadness? Greed? Hatred? Every one of us experiences every one of these on a regular basis.

Every time someone feels bad — or worse, feels good about making another person suffer — there’s a chance evil that will follow.

I’m not saying we should all lie down and give up. It’s important to stop evil whenever and wherever we can.

What I am just saying is that mere thought of it is not enough, we need to get up do something little by little making this place a better place to live in