The Power Of Educating The Girl Child 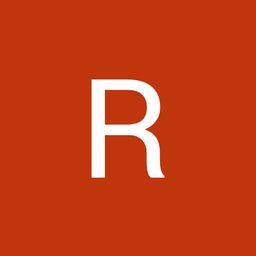 Dr. James Emman Kwegyir Aggrey has famously said, "If you educate a man you educate an individual but if you educate a woman, you educate an entire nation”. A powerful African axiom that reminds us to advance our gender parity norms and realise the importance of educating the girl child. Women are the most powerful creations of god; you give them seeds, they will give you flowers, you give them a house, they will turn it into a beautiful home, they raise families, they hold people together, they create worlds from nothing.

In this era, the need for education cannot be emphasised enough. For any country to grow in the true sense of the word, it needs to develop not only economically but socio-psychologically as well. Which would mean, that the thought process of the people needs to evolve and they need to eleviate the status of women in their minds. This would result in a psychological change and will leave a huge impact on the way women and girls of our society are bing treated. The resultant, much-needed change would be gender parity which would trickle down to the lowest strata of the society.

Education is a crucial element of the movement towards gender equality as it not only awaken's people's mind, it also makes them independent. It empowers women, makes them aware of their rights, makes them confident and ultimately becomes a way of life. It enables them to take decisions on their own, differentiate between right and wrong and be able to decide a path for themselves so that they are able to contribute towards societal development. Educated women are capable of contributing emmensely to a society's growth and development and sharing the responsibility of men in all walks of life.

Where educating men is about transforming one particular individual and concerned only with his own growth, educating a woman is more than transforming one individual at a time. It leads to not just their own growth, but the growth of their families, communities and eventually the entire country. It becomes imperative for us to understand the ripple effect of educating women for it is only once we do, we will come to the realisation that every industry, community and nation can only reach its full potential when the women reach their full potential.

This fundamental axiom is actually just a start towards a better and promising future. In light of India's want for growth and socio-economic development, it becomes disastrous for it not to focus on its most important resource- the girl child. We have seen multiple examples of women sitting at top managerial positions, travelling the world and performing to their fullest potential, when given an opportunity to do so. Take for instance, Margaret Hamilton, the woman who wrote the code that took the us to the moon for the first time or Katie Bouman, the woman who gave us the first picture of a black hole.

Women are leaders and have always strived towards growth, not just theirs but of the society as a whole. This can be possible only when we break through the sociological and psychological barriers we have made for ourselves and educate women. Educating a girl child should be considered equivalent to a lifetime of development, which is why it becomes absolutely essential for a country like India, that strives for growth and development.

Kriti A
Kriti A
77 views