10 Qualities Of Harvey Specter That Are Worth Learning 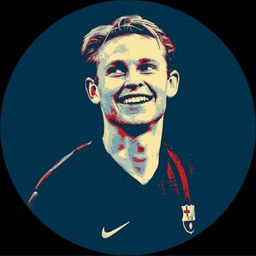 Gabriel Macht who has played the role of Harvey Reginald Specter, the hot-shot corporate lawyer of New York, is one of the most loved characters in the American television show ‘The Suits’. Harvey is admired by a huge number of fans and so many of them want to emulate him. He’s got looks, panache, humor, negotiation skills, all of it, in his charismatic personality. Let’s take a closer look at all those features that make the magnificent Harvey Specter.

This world is not for those who put forward their views shakily. Being a lawyer, Harvey cannot argue with half-hearted attempts to send the message across. It requires him the confidence to sell his arguments and Harvey’s confidence in whatever he does is his prime quality. Which means his power to convince people goes beyond the court- be it his colleagues, clients, family or even his boss, the mighty Jessica Pearson. Besides, we know how fantastic of a player he is when he plays poker; the game where he doesn’t play the odds, he plays the man. That requires tremendous confidence.

Harvey highly devotes his time to work. It is always seen that no matter what the time is if there’s a case that needs his attention urgently he works late even when everyone has left and gone sleepless those nights if need be. When Jessica once told Harvey to go on vacation to feel fresh he straight away refused and said that he doesn’t go on vacations.

Harvey is all about winning. That is the reason why he’s considered the best closer in the city. He wins against the odds because he has the ability to keep calm and stay mentally strong to turn ugly situations into a favorable one in the end. Also, Jessica highlighted in a mock trial that his ways of churning out victories are by fair means and not otherwise.

In the show, we see Harvey is immensely loyal to his firm and colleagues. He’s seen his firm go through thick and thin while accepting all those vicissitudes and moving on no matter what new danger looms upon his firm. He stands by Jessica’s side throughout and fights the battle with her to rescue the firm from the clutches of evil men like Daniel Hardman.

Harvey isn’t the one who would ever (let me emphasize, ever), settle for less than what he deserves. He’s got high standards for himself in his personal and professional life both. On the very first day when he meets Mike Ross, he orders him to do away with all relations with his friend Trevor, who happens to be a drug dealer. Because he knows that the people who live life at such a low level can’t do any good to you and it, in fact, materializes when Trevor screws Mike.

Some popular Harvey Specter quotes in this context:

And the one which each and everyone loves to imitate-

Prima facie it seems Harvey doesn’t care but everyone who watches this show knows how wrong this conclusion is. Harvey cares a lot about the ones who are close to him, even his driver (he fought his driver’s case when he got involved in an accident and did not leave him high and dry). Right from the start, he cared about Mike a lot, which is seen when he tells Jessica that if Mike is fired, he leaves as well. And we all know the lengths to which Harvey was ready to go to save Mike from going to prison; he agreed to go behind the bars himself to keep Mike away from it. Besides, he treats Donna like he’d treat no other tells a lot.

Conclusively he is a guy with a tough exterior and a soft heart who wants to tell people that if he cares it doesn’t mean he’s weak.

7.Never Give Up Attitude

Harvey doesn’t ever give up and that forms the core of his winning mentality. He wins even when the odds are heavily stacked against him because he always finds a way out. He bends the rules (without breaking them), or finds a loophole, or plays the man instead of playing the odds.

Harvey says, “When you're backed against the wall, break the goddamn thing down."

Or the classic one that follows, which you’d want to hear in his own voice.

What you wear speaks a lot about the person you are. Harvey isn’t just charming when he negotiates with the other party or flirts with the women or when he delivers his snarky comebacks; he also impresses people by his sense of dressing wherever he goes. Be it a three-piece suit, a tux or a sweatshirt and jeans, he rocks every outfit he wears. He asks Mike to get rid of his shabby suit and connects him with his own suit maker to get himself fresh threads.

In that context, when Mike tells Harvey that he thought Harvey doesn’t care about him (or how he dresses), Harvey replies “I don't. You're a reflection of me, and I absolutely care about me.”

An essential quality that everyone looks for is the one that Harvey has mastered; his sense of humor. As if people don’t admire him already, his dialogues give everyone all the more reason to love him more. Check some of them out and tell me if you aren’t impressed.

“So I'd say the ball's in your court, but the truth is your balls are in my fist. Now, I apologize if that image is too pansy for you but I'm comfortable enough with my manhood to put it out there. Now, get your ass in there and close the God damn deal”

We all cannot do everything on our own and sometimes need external help. Harvey has built relationships with people at different levels and places who help him out in some ways when things go south for Harvey and he is unable to handle them by himself. He asks for favors from people, who pull some strings and get his work done. Mind it, that he asks for favors in exchange for the same in return. So, the key is to build mutually beneficial relationships in business because you don’t know when you might need someone.

These all are some of the best qualities of the tv show figure Harvey Specter, and each of them seems so impressive and important. So, if you ever think you cannot learn something from the television soaps, think again.

Rick Lopez
Rick Lopez
3 views
Niyati Jaiswal  •  34w  •  Reply
Nice, please check my work
Nishtha Gorana  •  38w  •  Reply
Great! Please check out my articles as well . Thank you.
Kedia.Blog  •  38w  •  Reply
Hey follow me and do read my blog on https://wrytin.com/akankshakedia/unrest-situation-jwaa0e7o
Jainesh Rathod  •  39w  •  Reply
Hey, I have wrote few blogs on IOT. Do have a look on them by visiting my profile. https://wrytin.com/jaineshrathod
Rishabh Hemani  •  39w  •  Reply
@kavitasharma Try to join groups in social media platforms like facebook or twitter. Or whichever platform you where you think you can get more people to visit your blog. Now groups must be related to the thing you're article is about. i posted my article in a Suits group on facebook. Try to join such groups and if your article sounds interesting they'll definitely view it.
Kavita Sharma  •  40w  •  Reply
beautifully written but can you suggest me some ideas to catch up a good number of views on my articles too
Esha Patel   •  40w  •  Reply
Like and comment on my blog and I’ll return the favour ;)
Janet Nivedha  •  41w  •  Reply
Fan of this guy......love this article ......do check out mine n share it too