The Recipe To Good Parenting. 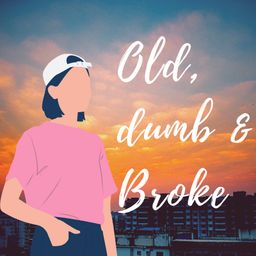 Parenting is by far the most difficult job in the world. It is a responsibility that never ends. From the day a child is born parents act a guardian angel, protecting shield that would never leave its side. There must be a reason why it is considered the most challenging job. A parent is responsible for inculcating the right values and behaviour. The child's first interaction is with his/ her's parents. They show them how things are done. Kids tend to imitate whatever they see or perceive. And during their growing years, all they see is their parents. After a certain age, they need to be introduced to the outside world. Parents help them socialize with their peers while pointing out right and the wrong behaviour while interacting. Parenting needs a lot of patience, attention and energy.

we must have noticed slight changes in the parenting patterns. Previously in the '90s or even before that parents only and only believed in discipline and good behaviour. The aspect of being close was never observed in the parent and kids relationship. In the '90s things started to change. We were exposed to various new things in those 10 years. The world started progressing and so did the people. We were then exposed to new technology, good quality education and good opportunities to lead a good life. The parents grew worried about trying to keep up with the changing times which indirectly also affected the kid's lives. The parents grew more strict during this time as there was a sea full of opportunities followed by the pressure of studies and future that burdened the kids with expectations.

Like today children back then did not share an open-minded and casual relationship with their parents. In the last 5 to 6 years a lot has changed along with people's mentality towards freedom of speech, feminism, being independent and a lot of social factors that restricted to think with an open mind. Previously the parent would take all the life decisions for their child. From what school, college or university he/she would join to where the parents preferred that he/ she should work it was all their decisions.

But now I feel social media has given such a platform that you could literally put your voice out there. Social media exposed us and even the parents to new trends, information and new mindsets which with time helped people get a new and a fresh perspective on various things.

Unlike before most parents have started giving space and privacy. They encourage their kids to have their own opinion on things. The kids are given their own tasks and responsibilities to accomplish. well, this is what perfect parenting would look like. This might be true for some people who can easily find the right balance between two extreme types of parenting.

Helicopter parents are those parents who are constantly involved in every aspect of their child's life. Here they tend to hover over on every move of their children. They take too much responsibility for their children's experiences, success and failures.

Playground parenting
The parents in this category are comparatively easy on their kids. They give them space, let them explore and encourage to participate in various life experiences. But it is difficult to maintain the balance as sometimes the amount of freedom given to children is too much which results in poor performance in academics and behavioural problems. As it is rightly said," too much of anything is harmful".

The right balance between these two categories would probably result in good parenting where it would be a win-win situation for both parents and their child.

Prepare Your Kids For A Journey Called Life