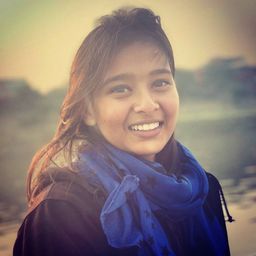 Depression is more than just feeling sad, everyone feels down sometimes. But depression is described as prolonged feeling of sadness and loss of interest and daily activities. Depression starts hindering your daily life activities and might also change the way you think, feel or act. It mainly leads to the feeling of lifelessness, emptiness or loneliness, whereas men in particular may feel angry and restless. Some types of depression are Persistent depressive disorder, postpartum depression, Psychotic depression, Seasonal affective disorder, major depression, dysthymia, atypical depression, premenstrual dysphoric disorder, Bipolar disorder, etc.

SYMPTOMS AND CAUSES OF DEPRESSION

Depression have many symptoms but this should be kept in mind that minor symptom must not be mistaken for depression.

Some people suffering from depression have often been found showing suicidal behaviors like talking about killing or harming themselves, calling people to say goodbye or sudden switch in behavior.

Depression can be caused due to many factors, as there is no specific cause behind it. It is combination of genetic as well as environmental factors. Some of the factors are as follows:

We all experience mood fluctuation in our daily life but that cannot be termed as depression. Temporary mood changes are very different from depression. The reason behind this common misconception is due to the usage of the word “depression”. People generally use it to describe their everyday mood. Nonetheless, temporary mood changes and a diagnostic disease are very different. Depression is seen as a weakness. Some people do not believe that depression is an actual medical illness, but it is important to know that depression is treatable through medication or psychotherapy, meaning that recovery is possible.

People often consider depression and sadness as the same thing but it is not. Sadness is temporary and it might be a symptom of depression, whereas depression is chronic. Another misconception is that it is highly genetic. if your parents have suffered from depression does not mean that you are bound to have depression. The risk of developing depression through genes is only 10-15 percent. Some people also think that depression is temporary and will go away by itself but that is not the case. If not taken care of it can worsen your condition.

Isolation triggers depression, so first and foremost step for a person suffering from depression is reaching out and talking to other people. If the condition is worse then they should try to seek medical help or therapeutic care. Usually in medication the doctor prescribes antidepressant pills, which usually takes 2-4 weeks to heal. Other medications include SSRIs, MAOIs, SNRI, etc. Psychotherapy like CBT, IPT or problem solving therapy is used. Electroconvulsive Therapy (ECT) involves brief electrical stimulation of brain while person is under anesthesia. Yoga is the most powerful form of exercise for coping. Also sleeping enough and eating healthy can help in reducing the symptoms of depression.