If I Were A Latvian Ambassador... 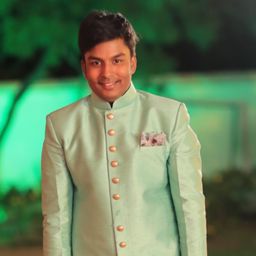 According to the articles by Latvian Public Broadcasting, residents of Latvia mostly face problems of migration and terrorism. So, the first task that I would like to perform as a Latvian ambassador would be to convince the Prime Ministers to meet each other. If the country will be with us, no one will be able to stop the growth of both India and Latvia.

Around 1000 Indian people are living in Latvia. My second task as a Latvian ambassador would be to conduct exchange programs between Latvia and India that will help both Indians and Latvians to be familiar with the Latvian and Indian culture respectively. According to my research, I got to know that Latvia is also known as “the singing nation”. It is very hard to find a non-singer in Latvia because according to them, everyone would have sung in a choir. Even “daina”, the Latvian folk song is a form of oral art and is a sign that has both shaped and summarized Latvia’s national identity for the last two centuries.

My third task as a Latvian ambassador would be to socialize with countries through social media platforms like Instagram, Facebook, etc. I would make different travel schemes from different countries to Latvia. I would prefer them to visit Ventas Rumba, the widest waterfall in Europe and many other famous places in Latvia such as Jurmala, Kuldiga, etc. These places with surely make you love Latvia, and you will wish not to go back when your trip is about to end.

Have you ever visited the Paris of the North? Don’t know what am I talking about? I am talking about Riga, the capital of Latvia. Do you know who invented the jeans that you love to wear? A Latvian? Yes, it was invented by a Latvian-American Jacob W. Davis. Here, they even have a beer spa, imagine being surrounded by a beer while bathing, so much fun, right? Yes, so as a Latvian ambassador, I have stated my 3 tasks in the above essay.