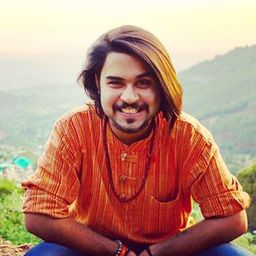 Rejection is the biggest fear for a person and for most people it is not easy to bounce back through the obstacles of life, but not this man– “Jack Ma” who is the co-founder and executive chairman of the Multinational conglomerate company “Alibaba” and also the richest man in China.

His life is an inspirational story for others and people also admire him for his motivational speeches and cool attitude.

Jack Ma who is also known as Ma Yun, Ma being his family name was born on 15th October 1964 at Hangzhou which is southeast China.

He grew up in poor communist China and had to face hardship due to it. Growing up their family didn’t have much money so, during his teenage years, Ma used to wake up early and go to City’s main hotel and used to give tours to the foreigners in exchange for English lessons. Even his nickname ‘Jack’ was given to him by a tourist.

Ma wanted to live a good life and he knew it could be possible only through education so, after high school, he applied to college but failed twice in the entrance exam and with the third try he got into ‘Hangzhou Teacher’s Institute’ from where he graduated in 1988.

Jack Ma was rejected more than a dozen times from different companies including KFC and Harvard Business School, up until he was hired as an English Tutor by a local university. No doubt his students loved him but he was only making $12 a month which couldn’t meet his needs.

In 1995 on a trip to the US he for the first time used the internet and was very much fascinated by the technology and decided to start an internet company for China.

Although his first two ventures didn’t succeed, 4 years later in 1999 he gathered 17 of his friends and convinced them to invest in his third venture an online marketplace called “Alibaba”.

The company was a huge hit and became successful in no time, the profits were soaring in, big companies came forward to invest in this new venture which made Jack Ma richest man in China with a total net worth of $37.9 billion.

He is also an environmentalist and funds a 27,000-acre natural reserve in China.

In 2013, he stepped down as the chairman of his company.

Ma is also well known for his simplicity and humble nature, at their company anniversary he dressed up as a Punk rocker in front of at least 20,000 employees.

A boy who was born in the depths of poverty suffered hardship and rejection made himself the man who he is today all by his dedication and his urge to end his suffering.

How To Start Venture Capital Company In India – A Complete Process