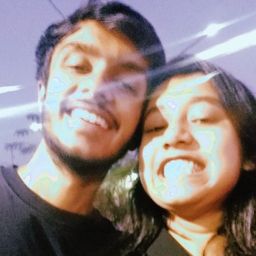 Originally published on my Medium Publication.

Work from home is the new mantra of 2020. With thousands of companies asking people to work from home, the spike in internet demand has been unprecedented.

Apps like Zoom have come to the forefront in helping universities and businesses to “Learn from home” and “Work from Home.” More people staying at home also results in exponentially increasing the number of people binge-watching TV shows. This has led to the overburdening of the internet infrastructure, with many countries asking major internet companies to cut down the quality of streaming.

Staying put in our homes can lead to almost a 60% increase in the amount of content we watch in some cases and potentially more depending on the reasons. Considering that consumers around the globe are already leaning into the growing array of content options and channels, a 60% increase is significant.

How Can the Internet Be Clogging Up? Is It a Physical Thing?

Sattelite Internet, which is being developed by some companies like the much-hyped Elon Musk’s Starlink is still years in making.

The internet of today is made up of thousands of miles of physical wires, a vast majority of which is under the sea. These fiber optic cables transmit data at record speeds and help keep the world connected.

The same goes for the internet within a country. Most of the internet flows through underground cables laid out by Internet Service Providers (ISP).

Think of the internet as a pipe, where your data, along with those of millions of others, are flowing through. With more people connecting to the internet, the amount of data in the pipe increases, while the pipe can only handle a specific amount of data. Therefore, your data has to fight with the data of others to reach you. This may result in a delay or a lag when you try to access the internet.

Netflix has a program called Open Connect through which it directly partners with ISPs around the world and installs boxes or also called Open Connect Appliances at exchange points or straight at the ISP’s facilities. This makes the lag time lower, and Netflix’s data doesn’t have to fight with the data upstream of the ISP’s servers. However, they still have to compete with the data from the ISP to your home. And a considerable number of people plugging into Netflix at the same time would lead to the clogging of these pipes since High Definition Video constitutes a large share of the data transmitted between you and the ISP.

So, the Internet is very much a real thing, and the Internet can become overburdened and break under extreme load.

How Did It Come to This Place? Weren’t the ISPs Ready?

The COVID-19 pandemic, which started in China and quickly spread around the world, made it imperative for people around the world to work from home and social distance to flatten the curve.

With a higher number of people staying at home, internet traffic per user skyrocketed. From video meetings to the daily news, the internet suddenly became the knight in shining armor for many people. People realized that they could do their daily work from home, conduct business meetings, and do most of their stuff just by having a decent internet connection.

Telecom companies weren’t prepared for this spike in demand. Most telecom companies set up their infrastructure with the assumption that even in times of high need, only about 40–50% of people would plug into the internet for resource-intensive jobs.

This sudden spike caught most ISPs by shock. They hadn’t prepared for a global pandemic, which would result in most people plugging in the wire for data-intensive tasks. This, in turn, led to the overburdening of the internet infrastructure, threatening even to break the entire system down.

In Europe, internet traffic into homes over fixed lines was up more than 30 percent, according to Telefónica. Activities like online gaming and video conferencing have more than doubled, while messages over WhatsApp have more than quadrupled.

In Spain, internet use drops only at 8 p.m., when people across the country go to their windows to cheer health workers and others who are helping to manage the crisis.

Europe took the most aggressive steps to prevent its internet from getting clogged up.

European Union industry chief, Thierry Breton, asked major streaming services to cut picture quality to prevent overload. This led to Netflix, stating that it would remove the highest bandwidth streams within each resolution category for the next 30 days in Europe.

The world’s largest streaming media service had said it would reduce bit rates across all of its streams in Europe, in effect cutting traffic on its European networks by 25% to preserve the smooth functioning of the internet during the coronavirus crisis.

Sony also said that it would slow down PlayStation game downloads in Europe to help preserve overall internet speeds.

Disney Plus, which was supposed to launch on March 24th in France, announced that it would instead reportedly launch the week of April 7th.

This was all to save the internet from crumbling, which has worked well until now. However, regulators are unsure of how long the infrastructure will be able to handle the increasing spike in traffic.

Internet service providers like Comcast, Vodafone, Verizon, and Telefónica have been building out their networks for years to account for increasing demand. But company officials said they had never seen such a steep, sudden surge. The growth that the industry had expected to take a year is happening over days, said Enrique Blanco, the chief technology officer at Telefónica, a Spanish telecommunications company.

To cope up with the increase in demand, Verizon, Cox, and AT&T said they were building more cell sites to strengthen mobile networks, increasing the number of fiber connections on their network backbones, and upgrading the routing and switching technology that lets devices talk to one another and share an internet connection.

Facebook also made similar commitments for videos on its services. “To help alleviate any potential network congestion, we will temporarily reduce bit rates for videos on Facebook and Instagram in Europe and North America,” a Facebook spokesperson told Reuters. The measures will continue for as long as there are concerns about internet gridlock.

Microsoft’s Xbox gaming business recently asked large gaming companies to release online updates of their games during off-peak hours while it helped focus on the critical internet needs of people involved in the coronavirus crisis, according to an Xbox email reviewed by The New York Times. Video game updates can require enormous amounts of bandwidth to download.

Xbox asked the companies to release updates in a four-hour overnight window in North America, and only from Monday through Thursday.

In India, according to a report by Business Standard, the COAI also asked the Department of Telecommunications to instruct OTT players to comply. The telcos say their networks have seen a sudden spurt in demand of over 10 percent as more and more people work from home or are under quarantine at home due to the lockdown of cities. The disruption caused by the coronavirus has also meant more healthcare and education services, and payments are going digital.

A spokesperson for Hotstar, the most significant OTT player in the Indian market with over 300 million customers, said: “We are mindful of this extraordinary situation and are closely monitoring it. In the larger consumer and national interest, we are geared to make changes dynamically and are prepared, say, to reduce the bitrate for our HD streams should the need arise.”

In Australia, the remote regions are set to suffer the most. As The Guardian puts it, the satellite services covering about 400,000 homes and now connected to close to 100,000 can order only a maximum of 25Mbps plans. Any uptick in demand is likely to strain this service and make it more difficult to reach even 25Mbps.

Some countries like South Korea are better equipped than others in the region in this regard. Nevertheless, in a place like South Asia, where countries regularly rank at the lower end of global internet speed indexes, the stress on the infrastructure will be a lot greater than those in developed regions.

What Role Can We Play Individually to Help Out?

While most of us will be using the internet a lot nowadays, there are things each of us can individually do to reduce the strain on the internet.

This includes reducing the video quality of your streaming from high definition to standard definition.

Other steps include reducing your internet usage when not essential. One can also use the cable to watch the TV series instead of streaming.

The internet hasn’t crumbled yet, but if usage continues to grow in the same way without governments and corporations stepping in, it might lead to significant slowing down of the internet, which will, in turn, affect millions of people worldwide

Visit my Medium Pages- Fracoso and TPH for exciting content demonstrated with pictures.