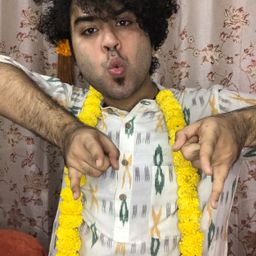 In the early 1970s, there was an uprising craze for Bollywood movies. They had started to make a massive impact on the lives of the ordinary citizens, and all the charisma and charm was developed by the "Angry Young Man" of India as we all know him. His name is just enough to tell his legacy, and he is none other than the legendary "Amitab Bachchan." The Indian actor, a playback singer, film producer, and a former politician, there's nothing he can't do.

"Amitab Bachchan" rose to fame after the massive success of his movies Deewar, Zanjeer, and Sholay, which were a huge hit. The population chose this superstar to be their forever loved and cherished star that would change the future of Bollywood as we know it today.

Amitab Bachchan was born in Allahbad now Prayagraj and his father “Harivansh Rai Bachchan" was one of the most celebrated Indian poets, and he was also a part of Nayi Kavita Literary Movements in early 20th century. His mother "Teji Bachchan" was a social activist of her time.

It may come as a surprise, but Harivansh Rai adopted his pen name "Bachchan" instead of his surname Srivastav, and as a result, the whole family adopted the last name "Bachchan." His father had decided to name him 'Inquilab' but later on called him "Amitab," which means the light that will never die. His father passed away in 2003 and in 2007 his mother.

He is one gem of a person on this earth, and even with all his success and fame, he always chose to live a simple and humble life. He is known for his sharp memory and always makes sure to wish his close ones no matter what. Also, he is ambidextrous, meaning he can write with both his hands. He was also the first actor in Asia to have his wax statue at Madame Tussauds in London.

It is also a known fact now that this legend was rejected from All India Radio. Although here's something you might currently have heard, during the shooting of "Khuda Gawha” in 1992 the president of Afghanistan provided half of his country air force for the protection of Amitabh Bachchan and thus the movie became one of the most-watched Indian movies in Afghanistan till this date.

This living Indian legend is cherished all over the world and has enormous die-hard fans in every country, he has also been honored and bestowed with Padma Shri (1984), Padma Bhushan (2001) and Padma Vibhushan (2015).

Amitab Bachchan has a personality beyond anyone, and this is the sole reason for his such huge fan following that makes him a living legend, and we can be sure that no one ever can be like him because he is genuinely one of a kind.

Kriti A
Kriti A
61 views