Impact Of Divorce On Children 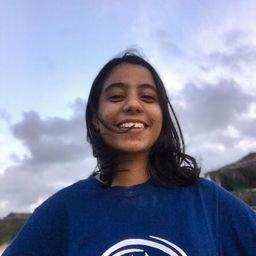 Many studies since the 1960s have shown that divorce is stressful for the children. Around the time of divorce, there is a lot of family conflict. In mother-headed families there is a drop in income, many divorced mothers with children live in poverty. Some fathers who see children occasionally tend to be more indulgent and permissive, thus increasing the mother's difficulty of managing the child.

Many young preschool children tend to blame themselves for the parents to break up and constantly fear that their parents may abandon them. Since these children are still immature, they are likely to be anxious, angry and fearful after their parent's separation. The adolescence of divorced parents experience depression, have poor academic performance and are more likely to engage in early sexual activity or substance abuse, especially when there is low parental supervision.

Older children of divorced parents display mature behaviour such as caring for their younger siblings, doing household tasks and emotionally supporting their depressed mother. If the stress of the family conflict is too high, then the older child may become more resentful, isolated and display aggressive behaviour.

Studies have shown that girls respond to parental divorce by internalizing their reactions such as crying, withdrawal and self-criticism. On the other hand, boys are at an elevated risk of adjustment problems, this is mainly because boys tend to receive lesser emotional support from mothers and peers. A research reported that long before the marital breakup, sons of divorcing parents display more aggressive and impulsive behaviours.

Compared to children of continuously married parents, adolescents of divorced parents are poor in their academic achievement, have low self-esteem and have emotional and behavioural problems. Some tend to drop out of school, be depressed and engage in antisocial acts. Young teenagers of divorced parents tend to engage in early sexual activity and teenage parenthood. Others face long term consequences such as troubled romantic relationships, unhealthy relationship with their children or divorce in adulthood.

Studies have shown that effective parenting after divorce, such as keeping the child away from family conflict, appropriate child rearing, can lead to positive adjustment. In a divorced family, the custodial parent is the mother, but studies have shown that interaction with the father is also important.

If there is more parental interaction, the child is less likely to react aggressively. A healthy father-daughter relationship can protect the girls from engaging in early sexual activity and unhappy romantic relationships. There is a positive outcome for sons if they are in their father's custody, because they benefit the involvement of both parents since noncustodial mothers are more involved than noncustodial fathers.