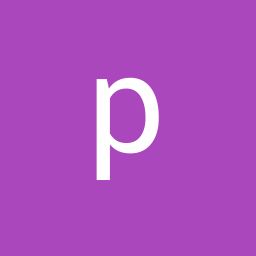 Bollywood music has received a prominent status amongst the worldwide music industry where singers of India have occupied a special place through their sweetest voice. Each and every experienced musician is always in the search of sweetest, versatile and skillful playback singers who have developed a strong profile through their best performance. Here is a list of highest paid bollywood singers in India.

Most of the boys and girls love to play the tracks of Neha Kakkar with the intention to make their parties most valuable. She clearly knows what present generation wants and she works accordingly by considering their taste. She is achieving great heights day by day.

As one among the Pakistani Vocalists who take the bit time to rule Bollywood, he is surely ruling in bollywood cinema. the song “Who Lamhe” for the movie “Zeher” featuring Imran Hashmi emerged as a turning point in his music career and makes him the best singer in Bollywood industry. He has sung so many hit songs for the Indian movies including Doorie, Pehili Nazar Me and Bakhuda.

Both of them are brothers who are hailing from the music industry. As the best Indian playback singer and music composers in the Bollywood film industry, they have completed several film albums together with producing background scores.

Kanika Kapoor is not just the hottest performer, but also has an electrifying voice that will make everyone crazy. She started her music career with the item song named “Baby Dolly” for the movie Ragini MMS 2. She is among the most popular singers as well.

He is an Indian Singer, performer, composer and songwriter. Among a wide range of songs, the popular ones are Mauja Hi Mauja, Bas Ek King, Dhanno and Ibn-e-Batuta. Mika Singh is one of the most famous Indian singer.

Sonu Nigam in a popular Indian playback singer whose songs are mainly featured in Kannada and Hindi. He also sang many songs in Bengali, Tamil, Telugu, Tulu, Marathi, Odia, Maithili, Nepali, Assamese and several Indian languages. He has acted in a wide range of films and released many Indian pop albums too. I don’t think there is a need of listing his famous songs.

She doesn’t need any introduction since Shreya Ghosal is Bollywood’s one amongst the extraordinary vocalists and everyone knows her admirable sweet voice. She was first spotted on the India’s most famous music show for children “Sa Re Ga Ma Pa” and made her music career as the perfect playback star.

His actual birth name was Aditya Prateek Singh Sisodia. Badshah is an Indian rapper who is best known for his Haryanvi, Punjabi and Hindi songs. He made his music career in the year 2006 and later, he gained fame through his Independent Haryanvi Song called “Kar Gayi Chull”. He won Punjabi Music Awards 2016 for the most popular song of the year. He is one of the best Punjabi rapper.

After learning the massive amount of skills, Arijit Singh has become a perfect Indian playback singer, especially classical, in India. So far, Arijit has been found to be worked with most of India’s renowned and famous music directors and has proved that he could able to play each and every note devoid of any inconvenience. He was surely to be number one in the list.

This concludes our list with some of the best singers in India.