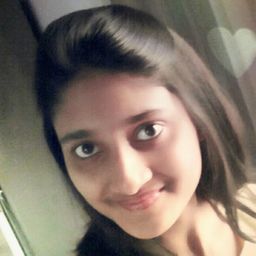 A very common practice seen in ourcountry is people defecating out in the open. Generally, toilets were not constructed within houses as it was considered unholy. Some households are either not in a place to construct or maintain hygienic toilets, or did not have sufficient space to construct them, or the water for cleansing is not available, more specifically in the rural areas of the country. In some houses were the toilets are available, the underground sewerage network is not up to the mark, and hence the excreta gets released in the nearby open areas and water bodies, thus causing pollution. The consequence of defecating in the nearby secluded open areas, bushes and water bodies is severely felt on the human health, productivity and environment.

The impact of inadequate sanitation is that in India, 117,000 children die every year due to diarrhoea, 38 per cent are stunted, 14 per cent neo natal death occur due to sepsis. Such problems are a result of inadequate access to sanitation and hygiene, safe drinking water. Any child not having access to sanitation facilities in the early years faces the health problems for the entire lifespan. The life of girls and women are also not safe. Rape and murder cases happen when they go out alone to urinate or defecate. These problems are preventable. Adequate sanitation facilities and its use by everyone can save the lives of the people. It will ensure proper nutrition and productivity. It will also ensure the security and the dignity of the women and girls. Adequate sanitation can decrease the risk of stunting by 14 percent and the children can live their lives happily without facing any problem.

The Swachh Bharat Abhiyan (Clean India Mission) was launched in India in 2014 to make India free from open defecation and to achieve 100 percent scientific management of solid waste by the 2nd October,2019. The important aspect of Swachh Bharat Abhiyan is a change from open defecation to the use of toilets by making the people aware of it and triggering behavioural change at community level. Over 6 crore toilets have been built in this mission. Rural sanitation showed a huge improvement in 2017. In June 2017, several states, like the rural regions of Uttarakhand and Haryana were declared areas of Open Defecation Free(ODF). Across urban areas, many cities have attained the ODF status in 2017.

But there are still saniatation challenges in India, accounting for the efforts under the Swachh Bharat Abhiyan. To reach the goal of Clean India Mission, the country will need both behavioural change and new infrastructure to succeed. As of now, India is headedtowards ensuring that every house has an individual toilet. For a behavioural change in the society, a trained workforce is needed to trigger the communities, so that they get involved and participate in this mission. A very important challenge is to build community toilets as in every household, individual toilets cannot be built due to lack of space. Also, they are necessary for homeless people and migrant workers. Another problem is the presence of open ponds in rural and semi urban areas along the roads. These ponds are used by people and animals for various purposes. The bad quality of water gives rise to diseases.In spite of having a ban on manual scavenging, it continues in various places where the sanitation work is carried out by mostly by the lowest caste- the Dalits.There are also risks to the environment. Proper facilities for the disposal of excreta must be created. The working conditions of the sewer workers are hazardous and dangerous as they carry out the work of faecal sludge management to clean the sewers. The conditions of the workers are appalling as every year 22,000 workers die in cleaning them. Women have specific sanitation needs, relating to menstrual hygiene. This needs to be paid full attention to boost sanitation and to make it a definite goal- which is a challenge in our country where periods is associated with shame. Schemes for the provision of sanitary products should be there and disposal management and awareness campaigns should be conducted. People begin to use toilets but the faecal material goes untreated which harms the environment.

It has been seen that there has been a failure of the Swachh Bharat Mission. The government’s focus on the construction of toilets seems to be a pointless effort as most of the toilets does not work: only 33% of the toilets built are safe, while the rest are barely useable or highly unsafe(as high as 35%). Additionally,lack of clean water and removal of excreta and waste makes it a pointless piece of infrastructure. A system of discrimination have always prevailed with scheduled caste and minorities being denied access to most of these facilities. Lack of government funds, poor planning and even poorer implementation have only added to the woes of the minorities. The end result is that open defecation still continue, despite huge efforts made by the Prime Minister. Manual scavenging still continues. 12,226 manual scavengers have been identified across India- 82% of them are in Uttar Pradesh. The Prime Minister, by holding a broom, has shown us how cleanliness is a collective responsibility.But in practice, it is not a community wide effort. The upper castes in many parts of India, still force the lower castes to assume the duties of sanitation against their will, as they don’t want to dirt their hands. The littering still continues. There are solid waste management issues across the country, despite the Swachh Bharat Abhiyan.It was expected that the people would segregate garbage and the cities would arrange for its collection, either by composting or recycling. But according to reports, India treats only 23% of the massive 1,44,165 tonnes of garbage it generates. The collection either goes to the landfills or are burnt, which are both poor strategies of waste management. Landfills are unsustainable as they pose risk to the environment. Despite this, 895 new landfill sites have been identified. The uncollected garbage most likely pollutes the rivers and lakes, or clogging the drainage systems.

Much more efforts are needed to make the Swachh Bharat Mission a success. The most important thing is to generate more awareness about sanitation among the people, especially its linkage with public health. As they have been littering for years, it will need more campaigning to change the mindset of the people. A modern and more scientific form of solid waste management must be initiated, with effective SWM operation. The process of (collection-segregation-transport-process-dispose) is the most gruesome task. There must be compete elimination of open defecation, efforts should be more implemented, than thought. Clean drinking water must be made available. There must be complete eradication of manual scavenging, to make this a successful mission.

India And Other Countries

Poverty - A National Issue With Harsh Causes And Effects

Pharmasynth Company Is Taking Care Of The Corona Warriors, Distributed More Than 1,25,000 Sanitizers