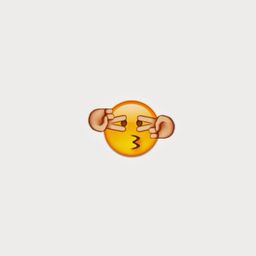 The monthly flow of blood due to the shedding of the inner lining of the uterus is known as menstruation. Roughly half of the female population i.e., 26 per cent of the global population undergo this biological process. No matter how common this topic is, it is still one of the most stigmatised ones. Various myths and taboos revolving around this topic persist to be one of the key problems that restrict people from moving forward and initiating a conversation about it. A large chunk of the Indian population still considers this natural process to be a ‘curse’ or ‘impurity’, making the lives terrible for women. Due to these myths, due to menstruation women are not allowed to go to temples or even enter the kitchen space.

Let alone be the myths and taboos. The misinformation or less information about this topic leads into affecting the physical, social and mental health of women. Not only this subjects women to a risk of infection but also education.

A report of NDTV says a National Family Health Survey conducted in 2015-16 estimates that only 36 per cent of Indian women use sanitary pads locally or commercially produced. This presents us with a horrific picture of India. Being on a stage where we are searching for a possible eco-friendly option to resort to, a large section of India is still not aware of or can’t afford a single sanitary pad. Moreover, due to menstruation, 23 million girls drop out of schools every year. A few reasons being; school not having proper sanitation facilities, families not being able to afford sanitary pads or not having separate toilets at school.

The misinformation about the topic often leads to people following unhygienic period practices. These practices could lead to serious problems like cervical cancer, urinary tract infection, reproductive tract infection and many more.

While the basic needs and information about menstruation is not being able to reach to women in information, the world is progressing over other impacts and problems of it, like PCOS, PCOD, PMS, and menstrual leave at the workplace for women, etc. For making them reach this position the government need to take certain actions for the betterment of women in the rural areas. Some of it could be building up proper toilets, providing them with sanitary pads, giving proper information about it for the people to not consider it a taboo anymore. People should initiate a conversation about this natural phenomenon and stop considering them as taboo. Proper education should be provided to boys and girls equally. Often boys tend to become insensitive regarding this issue because of a lack of basic knowledge about it.

The entertainment sector could also help in spreading awareness about this topic. A small movie or documentary played in a social gathering and distribution of free sanitary pads could help a lot in the causes. The advertisements should also resort to more realistic ways of promoting the product, starting from replacing the blue gel to red gel in the ads.