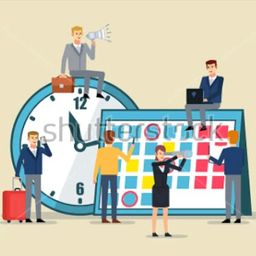 Coronavirus recession refers to an economic recession which has been claimed to have started affecting the world economy in 2020 due to the 2019–20 coronavirus pandemic. While economic data takes time to be collected, many economists agree that the recession is already happening. This has also been supported by findings from surveys of purchasing managers in the United States, Europe and China. The United States currently has almost five times as many unemployment claims as during the previous peak in 1982.

IMF managing director, Kristalina Georgieva, on March 24 declared in a statement that the global economy will contract in 2020 and this "recession is at least as bad as during the global financial crisis or worse." Almost 80 countries have asked the IMF for help.

Many countries with large economies, such as Italy and Spain, have enacted quarantine policies. This has led to the disruption of business activities in many economic sectors.Developing countries are also forecast to be severely impacted by the coronavirus.

The global stock market crash began on the 20 February 2020. Global markets into early March became extremely volatile, with large swings occurring in global markets.[12][13] On 9 March, most global markets reported severe contractions, mainly in response to the 2019–20 coronavirus pandemic and a described Russia–Saudi Arabia oil price war.[14][15] This became colloquially known as Black Monday I, and at the time was the worst drop since the Great Recession in 2008.

Shopping centers around the world responded by reducing hours or closing down temporarily in response. As of 18 March 2020, the footfall to shopping centers fell by up-to 30%, with significant impact in every continent. Simon Property Group became the first major US-based mall operator to close all centers on the 18th March, with government mandated closures in UAE, Italy, Germany, Spain, Brazil and Austria as of 23rd March.

Learn more This section only describes one highly specialized aspect of its associated subject.

Main article: Impact of the 2019–20 coronavirus pandemic on aviation

The pandemic has had a significant impact on aviation industry due to the resulting travel restrictions as well as slump in demand among travelers. Significant reductions in passenger numbers has resulted in planes flying empty between airports and the cancellation of flights.

Main article: Impact of the 2019–20 coronavirus pandemic on the restaurant industry

The 2019-20 coronavirus pandemic has impacted the restaurant business. In the beginning of March 2020, some major cities in the US announced that bars and restaurants would be closed to sit-down diners and limited to takeout orders and delivery.Some employees were fired, and more employees lacked sick leave in the sector compared to similar sectors.

Up to a million people have been laid off due to effects of the recession.Over 280,000 individuals applied for unemployment support at the peak day.

Minister of Finance of Hesse Thomas Schäfer was found dead on 28 March 2020. Schäfer left a suicide note, where he mentions the "hopeless" economic situation in the country as one of the reasons.

A new record of unemployment claims was made, with 3.3 million claims made in the week ending on 21 March, with the previous record being 700,000 from 1982. Restaurant patronage has fallen sharply across the country, and major airlines are reducing their operations on a large scale. The Big Three car manufacturers have all halted production.

The US yield curve inverted in 2019, usually indicative of a forthcoming recession.The St. Louis Fed Financial Stress Index increased sharply from below zero to 5.8 during March 2020.